It’s difficult to imagine Hong Kong director Wong Kar-wai’s spectacularly beautiful Ashes of Time—which we in the US have only in his “redux” version, since the original filming as apparently so stressful, that the director could not properly cut it when it first appeared in 1994, only attending to it again in 2008—represents the popular wuxia epic (historical sword-play romances). Yes, the director does present us with images of swords, at one point The Blind Swordsman (Tony Leung Chiu Wai) defending a village against dozens of bandits, and yes, as one critic argued, a great deal of crimson blood gets spilled; but in this film these images are presented as aesthetic art-like, slowed-down, and somewhat pixelated scenes that refuse to get into the truly bloody details of vengeance and death. 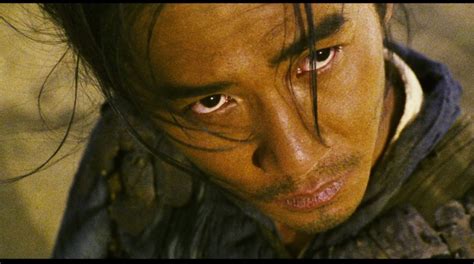 There’s plenty of talk about vengeance and death, surely, as a virtual series of hurt and angry lovers gather, over a period of seasons, at Ouyang Feng’s (Leslie Cheung) desert camp, hoping he will find the proper warriors in order to kill those who have wronged them, including the male in-drag princess Murong Yang (Brigitte Lin) (who, a bit like Fassbinder’s Erwin in In a Year of 13 Moons, becomes a transgender figure in order to find his/her wished-for lover), his/her sister, Murong Yin, the Blind Swordsman, a young bounty hunter (Jackie Cheung), and the notably handsome Eastern Heretic (Huang Yaoshi), who, loved by both Yang and Yin (who may also be the same person) only wants to forget, drinking a bottle of wine he has brought as a gift to Feng that promises to erase all memories of the past.
As a man who jilted both Yang and Yin, he, more that any other individual, needs that elixir, and gradually over his evening with Feng his memories disappear, with only a glimpse of past love glimmering in the morning light when he encounters the Girl with a Mule (Charlie Yeung). 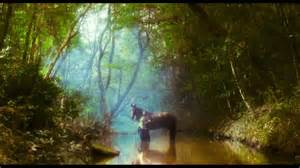 The real issues here, as they are in nearly all of Wong’s films, don’t concern a literal battleground, but an emotional one wherein the mind struggles with love, memory, and time; he is the 21st centuries’ Proust, and struggles to untie the gordian knot these three represent in most of his films. And much of this seemingly action-packed genre film languishes on the central figures’ regrets for not having been able to “hold on” to things of value. Love is so fleeting in a Wong film that a single glance, a touch of skin, even a gentle stroke while one is sleeping can alter one’s entire life. Real and intense sexual love hardly occurs.
Like the passive murderer-to-hire Feng, neither love-making or death itself truly matter (killing is easy, he suggests, then immediately denies it). What is most essential is how the mind retains those images, and how, over time, they decay or over time become distorted, images that now compel these figures to want to destroy the very individuals with whom they were once so fixated. 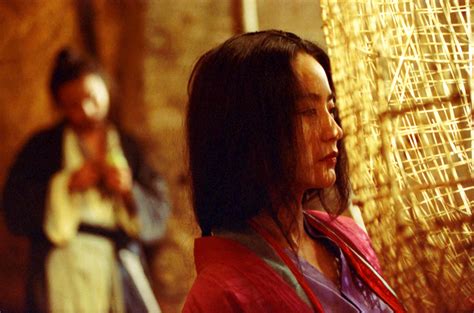 In Wong’s films, love as a sexual act is never quite achieved; like wandering Tristans and Isoldes, love is a state of the mind that, as the mind itself decays, is ultimately lost even at the highest moment of passion.
A man losing his eyesight, another losing his mind, a woman losing her sexual identity, another unable to enact any of the abilities he claims, are the heroes, beings who suffer from a love never achieved. Feng himself is obsessed with his sister-in-law (Maggie Cheung). For Wong love becomes obsession simply because it is not resolved, never enacted, the figures unable to achieve orgasm. The story of how they came to encounter one another, accordingly, hardly matters.
Yet, strangely, in his remarkable images, in this case realized by cinematographer Christopher Doyle, and in the music, in Ashes of Time composed by Frankie Chan, Wong creates an intense paean to loves that never truly existed.

Posted by greenintegerblog at 10:09 AM