Yasujirō Ozu’s longest film to survive, Early Spring, might almost be described as a melodrama, a bit in the manner of the works of American directors Nicholas Ray and Douglas Sirk—except while the American films were generally about women who were unfaithful and doubting. In Ozu’s great film it is the husband, Shoji Sugiyama (Ryō Ikebe) who cheats on his wife, Masako (Chikage Awashima). 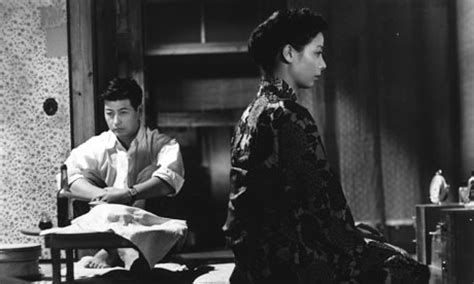 Working in an office that is just as impersonal, although far more crowded, as Billy Wilder’s terrifying vistas in The Apartment, Sugiyama is unhappy in his daily routine, which Ozu indicates from the very first scene of his film with the sound of his alarm clock and his character’s trudge, along with hundreds of other workers, to central Tokyo, where they are locked into small rooms for accounting, typing, and fact-checking, with an occasional invite out by the higher-ups. The best such a common worker can hope for is to gradually move up in the corporate structure over many years, but like his fellow worker who dies during the movie, Sugiyama has little hope for advancement. For reasons unknown, his and Masako’s only son has himself died—one suspects of lack of nutrition, since the family sometimes cannot even afford their daily intake of rice. Masako is sometimes forced to take advantage of her tart-speaking mother, who runs a local restaurant-bar, in order to simply bring enough food to their table.
Throughout this film, in fact, Sugiyama often goes hungry, his lunch being interrupted by officials, his dinners replaced by drunken nights with his friends with whom he plays mahjong. He is a man who hungers; so is it any wonder when, invited by an wide-eyed office typist, Chiyo Kaneko (Keiko Kishi), nicknamed because of her large eyes, “Goldfish,” that he is quite literally seduced into joining the office hikers (a thematic in several Japanese films), and even further implicated into her life after she suggests they take the slackers way by catching a hitch on the back of a local truck passing by. Indeed, their fellow would-be hikers are envious of their decision, begging that they too might join them.

Ozu subtly makes this simple act into a kind of transgression, as the two rides past their fellow workers in complete enjoyment of their “rest,” while the rest must slowly slog on. You can almost hear the gossip that follows roiling up among their fellow employees. And soon after even Masako suspects that something is going on with her husband, while his friends determine to celebrate a rice party wherein, since Sugiyama never shows up, they castigate Kaneko for beginning an affair with their married friend.
The bleakness of Sugiyama’s life gets even darker when Masako leaves their home to return to her mother, admitting that she has discovered a lip-stick stained handkerchief in his husband’s pocket, while the confused worker is asked to relocate to a provincial city where the company has interests—a move which might be seen either as a demotion or a possibility of new potential—which, obviously, will also take him away from his only current pleasure. 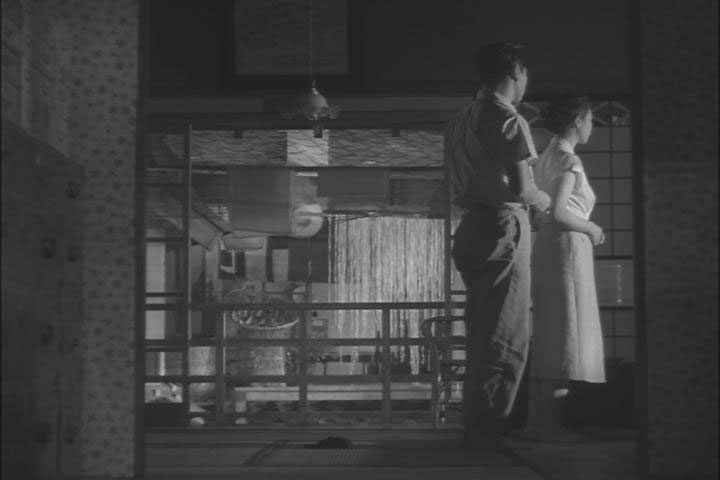 Ozu, himself, argued that he was attempting "to portray what you might call the pathos of the white-collar life,” while still making it quite clear that Masako, nonetheless, is a good and quite faithful wife. What makes the Japanese director’s work so very different from any Hollywood melodrama us that these humans, who have made grave mistakes, can return to one another and forgive, that their love is somehow deeper than their own desperations.
We can never know whether Sugiyama and his wife’s lives will improve—Ozu never allows simple summaries of his explorations of deep family life—but we can hope that this unhappy couple may somehow again find their way through life. Ozu’s vision, with regard to the vicissitudes of post-World War II Japanese family life, still believes in the unions into which they originally committed themselves. If they fail, it is also a product of the culture at large, not simply their personal inabilities. One might even argue that for Ozu, family life is the only way to survive such tragic circumstances. Alone, one can find no true solution for survival.

Posted by greenintegerblog at 9:35 AM