confusions of history
by Douglas Messerli

There’s something about G. W. Pabst’s The Love of Jeanne Ney that is so inexplicable that, after watching it the other day, I wanted to break open the Netflix return folder, which I’d sealed after watching, to see it all over again. 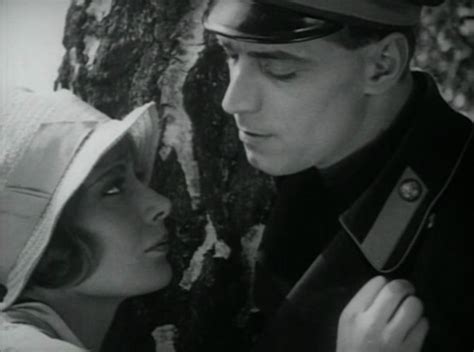 I didn’t, so my confusion and memory shall have to suffice—although I might argue that this is a film you might want to watch several times over.
That may be necessary, in part, because in this work Pabst combines to very many genres—an issue which those who have read several of my essays must know—greatly attracts me. But Pabst, in the movie, attempts to blend a kind of Eisenstein sensibility to what will later be described as an Hitchcockian populist detective story, along with various sentimentalist dramatic tropes of the day. If Jeanne (Édith Jéhanne) is a kind of ur-feminist, determined to fall in love with the Bolshevik, possible murderer (Andreas, played by Uno Henning) of her father André Ney (Eugen Jensen), a French diplomat and political observer.
With the death of her father both she and Andreas perceive that she must escape back to Paris to save her own life—and probably Andreas’ as well. But it is precisely here where this kind of dark Romeo and Juliet story gets confusing, as Jeanne is suddenly transposed back into a less black-and-white reality of values into a world out of Hollywood melodramas, including situations that will be later played out in deaf-mute/blind girl films such as Johnny Belinda (1948), Peeping Tom (1960), A Patch of Blue (1965), and Wait Until Dark (1967). Without explanation, Jeanne’s detective uncle’s blind daughter, Gabrille (Brigitte Helm) falls in love with the Andreas’s evil colleague, Khalibiev, set upon marrying her so that he might kill her and inherit her fortune.

Even further confusion sets in when Pabst and Russian writer Ilia Ehrenburg overlay their story with a truly Hitchcock-like tale of a stolen diamond that is swallowed by the family’s loving parrot—with shades, here, of the future James Bond entertainments.
As much fun as this silent-film Mulligan stew of stories is, it throws up too many barriers of logic for us to truly comprehend what is going on. Is this a love story, as its title suggests, a kind of muted horror film, a Soviet war story, a detective tale? We can never be certain—which is, obviously, also the film’s allure, and perhaps suggests Jeanne’s own confusion of what decision she ultimately needs to make.
Pabst brilliantly contributes to this mix of emotional indetermination by offering us very few intertitles, forcing us to find the clues of his cinema in the images themselves. Two fish wrapped in newspaper, a handkerchief intended for murder revealing the missing diamond and the guilt of its owner, and the simple vestiges of these not so-likeable beings all help contribute to a vision of a world, so typical of the Weimer Republic era of Germany, which force us to question all our values, as well as those of the film characters and film-maker himself. Fassbinder must surely have relied on this film in conceiving his great Alexanderplatz.
If, at moments, we love the feisty and independent-minded Jeanne in her determination of help and save her Bolshevik hero, we realize her naiveté, and her inability to perceive her own relationship with history. In her heart she remains a lover-secretary, without realizing the consequences of her political, or at least, social effects upon the society at large.

I was reminded when seeing that Ilya Ehrenberg was the writer, based on his fiction of this piece was in the early years of the 21st century, that, after reaching out to several international authors for writings about other fiction writers, the great Brazilian novelist Jorge Amado had responded with a piece on Ehrenberg’s fiction The Adventures of Julio Jurenito. Through these two figures I feel, once more, that I have touched history. That piece appears on my EXPLORINGfictions site.

Posted by greenintegerblog at 11:11 AM