During a year devoted to “Towers, Circles and Squares” I was delighted to come upon the 2013 film about the attempted Egyptian Revolution of 2011 at Tahrir Square, a documentary that I had never seen and had almost forgotten about. Netflix be praised.
Directed by Jehane Noujaim, with a score by H. Scott Salinas, and a large cast of young Egyptian men and women who were involved in the taking of that square (Ahmed Hassan, Dina Abdullah, Magdy Ashour, Sherif Boray, and Aida El-Kashef among them), this moving film recounts some of the events leading up to the idealistic revolution in which, as one participants notes, “the relationships [between the participants] are becoming very strong,” and, finally, that “There was no such thing as a Muslim or a Christian….We were all equal.”
You can see their caring determination in their faces, or, as one of the speakers declares: “We were looking for a conscience.” As they gather in Fahir Square, putting up tents, and declaring their presence, they declare that they will not leave until their demands are met.

There is a kind of electric energy that brings tears to one eyes as they make quite evident what historian Niall Ferguson has described in his work The Square and the Tower, the effects of networks against hierarchal governmental and other such structures.
These youths, however, describe the “tower” of Ferguson’s work instead as a “circle.” As one young man insists, before the revolution “The same circle, the same regime” ruled. “People went home, and nothing happened.” “At some point,” suggests one young protestor, “I’m going to explode!”
And explode they did, taking over the square as their own territory, their “due” in the society from which they have been locked out. For them, their acts were not merely a revolutionary position, it represented their own histories. “The square means we’ll tell our stories.”
Another warrior summarizes Tahir Square:

They want to suffocate us. The square was tough. The square was not
normal…It was war.
Yet, of course, like so many such revolutions, as profound as they might be for the protestors, Tahir Square ended in violence and dissolution.
“It was too much. Too many bullets.”
As one participant in the square laments, as if he were shouting the news in a telegraphic message of defeat: “2011 Square taken again. The Muslim Brotherhood take over the square, having negotiated with the army. The Brotherhood left us alone to be arrested.” 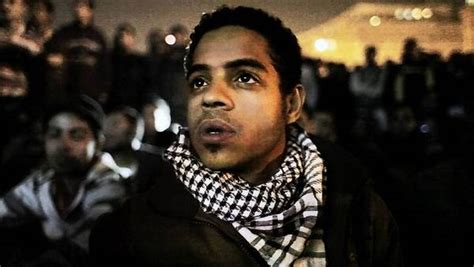 In utter defiance of new laws, he insists “I’ve decided to walk down the middle of street,” certain death in busy Cairo.
At another moment a revolutionary summarizes the situation: “You think you can do whatever you want? The members were beaten up…the square is empty.”
However, as A. O. Scott of The New York Times wrote of this powerful work, "The Square, while it records the gruesome collision of utopian aspirations with cold political realities, is not a despairing film. It concludes on a note of resolve grounded in the acknowledgment that historical change can be a long, slow process."
As the same young person insists: “I’m going to continue to expose them.”
Whether or not that is truly possible, only time will tell. And will these then youths, ever be able to see the changes they fought for within their lifetimes?
Yet these young people who for a moment changed the history of their nation, still have their memories of those moments, and surely will, in telling their histories to others, instill hope for future changes. 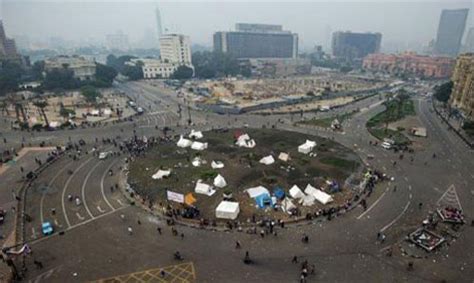 Noujaim’s straightforward telling of this tale is part of that history. His subjects are the true focus of this work; I have seldom seen a documentary truly proclaim its own generic possibilities: the ability to “document” (to present a “lesson,” “example,” or “proof”) as in this film. There is no veneer of fiction here. Through this work’s images and voices we see both the excitement and horror of the events, reminding me a bit of the kind fervor many of those in my generation felt when we took to the streets to speak out against our government and the Viet Nam War. We too marched around a square—in Madison, Wisconsin the State Capitol was surrounded by four streets that spanned the Capitol Square. And we too were chased and attacked by police, a few of us, as in Bowling Green actually losing their lives.
Yet, of course, most of us personally had not suffered for all of our lives, and except for those killed, we were not tortured or electrocuted, even if a few went temporarily to jail. In a sense the comparisons are frail. For these young men and women challenged a powerful tower of a regime. Calling attention to the square, they shook that tower to its core, it responding with an even more terrifyingly hierarchal punishment from which Egypt has yet to be released.
Perhaps Noufaim’s El-Midan should be required viewing in any political science course in universities across our country so that we too might perceive what it means to walk down the middle of the street.