When I saw that Netflix now had the film Alice Doesn’t Live Here Anymore, I was convinced—a common problem with elder age memory—that I had seen this film before. I knew I had long watched the regular television series based upon it, probably one of the last TV series I regularly watched. 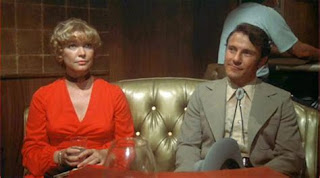 I was a bit startled to recall that the director of this 1974 film was Martin Scorsese, who over the years has not always been my favorite director, although I have gained more respect for his filmmaking as the years have passed. And also, I realized while watching this compelling movie, that I had never before seen it, simply presuming because I knew its later story-line that I had seen the original movie.
Scorsese’s original version, however, is far more gritty, difficult, and visually interesting that any of the TV series interludes might ever have portrayed. The major figure of this film, Alice Hyatt (acted by one of my very favorite actresses ever, Ellen Burstyn) is portrayed as a fragile but determined woman—suffering a truly abusive relationship with Donald Hyatt (Billy “Green” Bush), who can hardly give her any love but is certainly able to daily verbally attack her and their son, Tommy (the rather remarkable child actor Alfred Lutter). The only question is how either she or her son can bear his assaults. She attempts, like a good midwestern housewife, to please him by cooking up good meals—braising, for example, a wonderful lamb dinner, which he loves but her son detests—but to little effect. If sex ever occurs, despite her insistence that he is a “good kisser,” he quickly falls asleep after, basically ignoring any of her needs. Her relationship is one of millions in US culture, basically representing the husband as a serial abuser who, nonetheless, is loved by the abused wife. And, in that sense, Alice is a kind of typical US woman, trying desperately to keep a relationship together that has no possibility to survive. The movie never makes it clear, but we can be fairly certain Donald is having affairs outside of their fraught family connections. In Scorsese’s version, we fear constantly for the smart-talking child, who has apparently learned to use his mouth—sometimes rather foul in its defense of his position—as a protection against family abuse by his loving mother and apparently hating father. 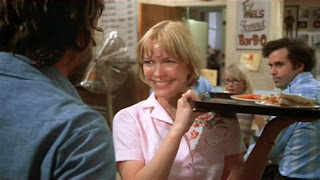 Despite the fact that both my difficult mother and my loving father were very different from this maelstrom of the American Dream, I recognized myself in Tommy’s tough talk. His parents speak of beating him to death almost daily. He survives by speaking—something neither of his parents can effectual accomplish.

Fortunately (or unfortunately, depending upon your point of view) Donald suddenly is erased from the plot through an automobile accident. The only thing that seemed false about this film was Alice’s sorrow; yet the script quickly dismisses that, as she realizes, if she wants to survive and protect her son, that she must sell everything and move on—where to even she doesn’t know, although she imagines it might be back to her home town of Monterey, California where, as a child, she imagined her self as a singer better than Alice Faye. She, unfortunately, is not as talented, even if she might have imagined herself to be.
What is truly remarkable about Burstyn’s performance—for which she deservedly won the Academy Award—is that she gussies herself up and actually obtains, in Phoenix, along her destined route, a singing venue; despite her weak warbling out of her favorite song, the Richard Rodgers and Lorenz Hart ballad, “Where or When”; the way Alice sings it, the song is so bad that it’s absolutely memorable. We hear the lyrics through her troubled voice so clearly that we cannot but be touched.

As she herself admits, “It’s not Peggy Lee.” But the lyrics, by the gay lyricist Hart, convey everything: she is dreaming of man of her dreams, whom she will never encounter in real life.
Nonetheless, a local bar patron, Ben (Harvey Keitel) falls in love with her, and playing upon her sexual needs, develops a relationship with her. Yet, he, like her former husband, is just as abusive, a man whom, she soon discovers, is married, and even more violent than Donald, threatening his wife, and his current lover Alice with violence. This man is even worse than her former husband, and Alice quickly perceives it is time to move on, working with her always wise-cracking son, to pack up their bags and travel forward. Like so many Hollywood films,  this film too threatens to become a “road movie.” 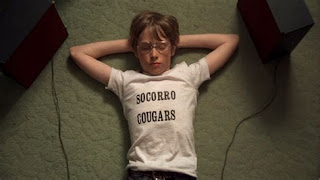 The duo moves on, this time to Tucson, which the son describes as the end of the earth. It is not a good place for either of them, as Alice can no longer find employment as a singer, but is forced to take a position as a waiter at Mel and Ruby’s Café, overseen by the cook and owner, Mel (Vic Tayback, a much quieter version of the later grumpy television version of his character), with character actors Florence Jean Castleberry (Diane Ladd), perhaps the most loveable foul-mothed woman in the Southwest, and the completely incapable, motorcycle lover, Vera (Valerie Curtin). It is these characters who later inhabited the television version, cranky but loveable figures who made life difficult and possible for the now desperate widow with a son living alone at home (a dump of an apartment Alice has rented out of her small wages and tips). It is here, in Tuscon, where both mother and son hate, but come to love, that they make their home. And it is a slightly sad resolving of their plights when they decide, near the end of Scorsese’s film, to remain in the outpost far away from Alice’s beloved Monterey—even if Tommy sort of falls in love with the tomboy girl who gets him drunk on Ripple, Audrey (an early performance by Jodie Foster) while his mother warily falls in love with a local rancher, David (Kris Kristofferson), who reaches out to her through his friendship with Alice’s son (a relationship that today might raise eyes as a possible pedophilic friendship).
This was 1974. The “MeToo” movement far in the future, and David’s stern paternalistic position as a lector to Tommy not yet on the horizon. We can never be sure whether Alice’s decision to remain in this outpost was the right decision, even if her son seems delighted by her choice. At least he has now found a home, as isolated as it might be. For the first time in his life, he adores hid new father figure, David. But in Scorcese’s version, this is not exactly paradise, but a kind of waystation in a life of constant movement. Although Alice is convinced that she can sing here as well as in Monterey, we know better. She is not Peggy Lee, she is never going to become a popular singer, and will probably remain a slightly abused waitress of Mel and Ruby’s diner. 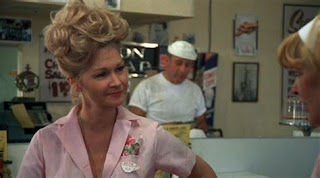 Well isn’t that the facts, Jack, the truth of the real American Dream? This strange family unit might still survive, thank heaven, but we can only ask at what cost?
Foster, after performing as a child prostitute in Taxi Driver, became an acclaimed lesbian actor; Alfred Lutter, after graduating from Stanford University, is currently a executive at Cumulus Media, a massive FM and AM radio conglomerate, which in 2019 blocked their correspondent Blair Garner from interviewing presidential Democratic candidate Pete Buttigieg; I can only remember the actress Ellen Burstyn playing her role of Mildred in Playing by Heart , wherein she acts out a sad game of “truth-telling” with her son dying of AIDS in a Los Angeles Hospital, in which she reveals that she never loved his father. All of these actors were brilliant, but the question remains: at what cost? If they don’t personally ask that question, their characters do.
If the often comical TV series of “Alice,” might have represented popular family viewing each week, the Scorcese movie asks far deeper questions about “to where are you traveling?”

Posted by greenintegerblog at 1:57 PM