Chris Marker’s short film The Embassy of 1973 begins with a few intellects fleeing to an Embassy for protection. Others soon follow, and in this pseudo-documentary, the grim and worried asylum seekers realize that they have been saved from what appears to be wholesale slaughter simply because they lived nearer to the embassy than did the workers.
At first, despite their fears, the group bands together. The Ambassador of the unknown country to whose embassy they have fled, not only finds rooms for them and is graciously willing to feed them, but joins in on everyday tasks such as vacuuming their rooms, demonstrating a deep sense of commitment to their cause and for their protection.
But gradually, the unknown cameraman who films their gathering, begins to note the group’s dissatisfaction and, we perceive, some of these presumably leftist allies break up into smaller parties, arguing with each other. These students, intellectuals, artists, and politicians react differently to the radio reports they hear.
Group games, played to pass the time, grow into conversations that turn into serious political debates, some arguing for more involvement, others for less; some criticizing the others for their political actions, others praising themselves for their positions. And soon they all begin to perceive that, in some senses, they have been part of the problem. 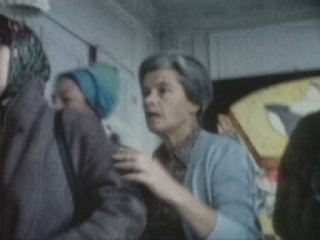 Gradually, through the jerky cinéma-vérité scenes portrayed in the film, we begin to realize that, perhaps, it is the very fact that these leftist refugees have not worked together in the past that has enabled the right to take over, killing so many of their countrymen.
As critic Dennis Grunes observes, the situation becomes similar to “the sixties U.S. Twilight Zone episode in which Agnes Moorehead wars with tiny alien invaders, who it turns out are the U.S. military.” The would-be heroes are, in fact, the “enemies” through the very fact that their inability to agree has allowed the fascists to come to power. 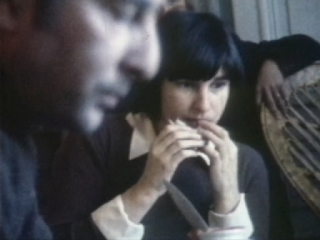 Marker brilliantly tricks us in other ways as well. Since we do not know who these people really are or in what country they live or at what embassy they have sought refuge, we can only speculate on the situation. Marker himself, in his personal life and films spent a great deal of time with the Chilean refugees in Paris after the 1973 coup, resulting in his 1975 film The Spiral. Accordingly, we might not be mistaken in imagining that this may be the French Embassy in Chile, particularly since the refugees continue to express their shock that the city has turned silent, that news has disappeared, that even what they can see from their windows reveals no signs of human life. Clearly, we must be in an internationally lesser known capital city.
Yet, here again, the director shifts the reality, as, when the refugees are permitted to be spirited out of the city, it appears that they are really in France, and that, in this fiction, it is Paris itself which is the location of the coup. The smugness of the left—to which I see myself aligned—is yet another “turn” or “spiral,” to use Marker’s title of his 1975 film, which has allowed its own destruction.
Seeing this film during a year in which the American right had taken over, attempting to destroy all progressive Democratic advances achieved by President Obama, I could not help but shutter a bit when seeing Marker’s political parable. Surely, we (those of us who argue, often bitterly against one another, for liberal policies) had helped to allow the barbarians to take over our cities and to rule our estate—even despite our majority.