between genders
by Douglas Messerli

Yesterday, on the Kino-Lorber Marquee series (films shown through your local cinema theaters), I had the opportunity to watch the original German version from 1933 of Viktor und Viktoria (Viktor and Viktoria), directed by Reinhold Schümzel.
The Hollywood version from 1982, with Julie Andrews, Robert Preston, James Garner, and Lesley Ann Warren was, in my thinking, far less successful than this early German version. Although Preston was quite hilarious in his role, a gay man managing a supposed drag performer, and Garner’s attraction to him/her was hilariously misunderstood by his driver as a statement that Garner’s character too was gay, Andrews, brittle as always in her role as Victoria, never convinced me of her male sexual pose, and as in many of film—despite her husband’s Blake Edwards fawning attention to her—dampened the film’s comic intentions. Andrews, seemingly always, precise and buttoned up in role, took away some of the work’s comic edge. 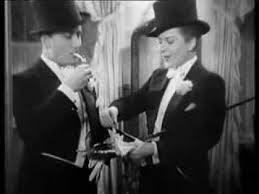 The earlier version, with its rows and rows of half-dressed girls performing Busby Berkeley-like routines, with its heavy reliance on Sprechstimme (a combination of speaking and singing), along with the comic humor of Hermann Thimig as the ham actor turned teacher (like Shaw’s Henry Higgins, he not only teaches Viktoria how to transform herself into another being but even provides her with a kind of phonetic education via Berlitz when she travels to England, Italy, Romania and elsewhere across the world) and now manager, and who is very much a heterosexual in the original, lining up dates with the “numbers” chorus girl (she announces by carrying numbers signifying the various acts of the vaudeville-like show in which Viktoria performs) to which one or the other of them never shows up. 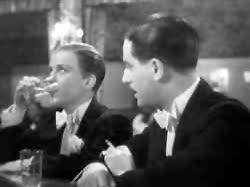 The star Viktoria, Renate Müller, moreover, combines the feminine and masculine in a strange way that is often quite convincing. Once she has given herself over to the duplicitous transition of a woman pretending to be a drag performer who is really a man, her Viktoria, it might be said, is uncomfortable in all gender roles as she tries hard to convince other men that she is one of them—forcing himself to drink large quantities of whiskey to which she clearly is not habituated, to smoke cigarettes, get a shave, and to flirt any woman who might catch his eye—while at the same time being highly embarrassed and somewhat horrified by changing into her Spanish dress in the men’s dressing room and falling desperately in love with a man pretending to be interested in her male persona. In short, as the Rolling Stones put it, “[He/she] can’t get no satisfaction,” straddled between two gender identities. Afraid of revealing any part of him/herself, Viktoria eats and sleeps alone, while everyone else seems to be caught up, in this Weimar-era world, in the whirl of love and social camaraderie

In a similar way, this film, trapped as it is between all possible identities, is not truly a gay, lesbian, or even transsexual work; perhaps one might describe it as being closest to a sort of bisexual perception of the world, particularly, since Viktoria is of both sexes and the man with whom she has fallen in love, Robert (Anton Walbrook) seems interested in her as a fellow male companion. 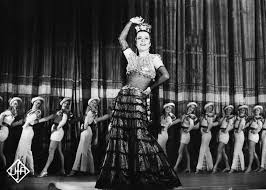 The film might have been far more interesting if Robert did not overhear her conversation with Viktor, wherein he discovers that Viktoria is truly a woman. Certainly, it would have been of greater significance if he had truly some inexplicable attraction to this young man rather that simply testing her limits as a woman with pretenses.
Yet the scenes the show Müller gamely going along with his challenges, including imitating his manly way of sitting on a barstool and battling a bar full of lowlifes in a donnybrook reminding me a bit of the of the fight in a Cuban bar with Marlon Brando and Jean Simmons rout their assailants in the film version of Guys and Dolls, is simply put, wry and funny—all of which are missing in the US version of the movie..
The final rendition of her Spanish number, performed by Thimig, is a powerful mélange of many an untalented drag queen—no lip-synching allowed here—which proves this actor’s comic talents; although Preston was generally wonderful in the remake, in the final scene he tosses off “The Lady of Seville” number almost as if he were giving up on any theatrical pretense, while Viktor steadfastly attempts it up with all the full fanfare, his vocal organ singing will all its stops pulled wide open.
And instead of Andrews in the remake having to pull open her blouse to reveal that she truly is a woman, in the original policeman raid the theater—having heard the rumor that Viktoria is really a woman—to pull Viktor into a closed-door room only to discover, somewhat disappointingly it appears, that he is—truly a man. The irony, obviously, is far more important that the remake’s “proof.”
As we might have expected, the new Nazi government soon after closed down this cinematic work attempting to erase its history; unsuccessfully obviously, given Kino Lorber’s lovely restoration of the film.
Los Angeles, July 3, 2020
Reprinted from World Cinema Review (July 2020).

Posted by greenintegerblog at 8:21 AM