blown away
by Douglas Messerli

Born and raised in Argentina, Carlos Hugo Christensen made 54 films before his death in Rio de Janeiro in 1996, moving from Argentina to Brazil in the 1950s to found his own studio, Carlos Hugo Christensen Produções Cinematográficas.
In Brazil he produced a wide variety of films among the most memorable of which was he 1967 work, O menino e o vento (The Boy and the Wind).
Superficially, this is not a gay film, although its hero—a handsome young engineer, José Nery, who as the film begins returns to the small rural Brazilian village which he had earlier visited on vacation—has agreed to stand trial for the mysterious murder of a local teenage boy he had met there, Zeca da Curva. Although he is not charged with pedophilia (the age of consent in Brazil was at the time of the trial and remains today the age of 14, while Zeca is 15 years of age), the villagers are also certain that he has regularly had sex with the boy, since he was often seen standing on a hill with both of them naked and he had regularly paid the teenager for services unknown.
If we are to believe the narration of the film itself, however, there is no evidence that the two fulfilled any sexual desires, and the shirt of the boy later found, part of the villager’s proof of the boy’s murder, was tied to a post by the boy himself. 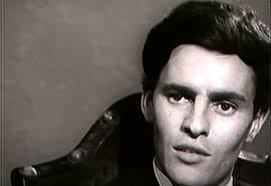 Clearly José is certain of his innocence, refusing even the help of the local sleazy lawyer who promises to get him off with lesser charges, and rejecting to even directly question those many who accuse him of the murder, including the boy’s mother, his rich cousin Marío (who lives in Rio de Janeiro, and threatens to testify against the engineer because, as he tells him, he too is homosexual and can therefore recognize José’s behavior as being somewhat similar to his own), the concierge of the small hotel where José stays on both his visits (a woman who has offered herself to the visitor and has become enraged by his rejection) and others, who all believe that the “murder of passion” stemmed from the horrific fact that José was a pederast. If nothing else, the stranger played a pedagogical role to Zeca, offering the boy knowledge beyond his previous experiences. 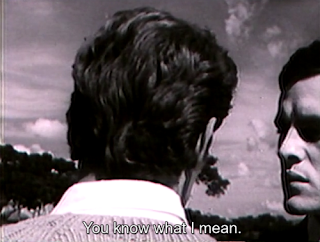 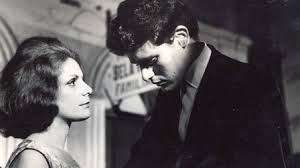 The concierge, moreover, confirms the reason for José’s sudden decision to leave the village was that he was asked to return home by his fiancée. Yet, the townspeople see, even in that, evidence that he murdered the youth when reminded of his more normative sexual responsibilities, killing the boy, perhaps, out of feeling pangs of guilt.
The villagers are angered over the intrusion of their isolated world for other reasons as well. Since José departed the heavy winds for which the town was noted have subsided, leaving hot air to drive them out of their homes into the streets. Some believe that the construction of a new river dam—a structure with which the engineer had no direct involvement—is the cause of their woes. If José has left a world of friendly rustics, he has returned to a dark and threatening place where he is perceived as the symbol of several losses in their meager existences.
Accordingly, the film-goer watching the first part of Christensen’s film is faced with either believing the truths with which the townspeople are familiar or with the possibility that the director himself is not being entirely open.
Gradually, we discover that not only are the villagers unable to see the real truths behind their surface appearances but that Christensen himself is composing a work that tells its tale through a lens that is less about 20th century notions of reality than a Romantic metaphor of something perhaps even more horrific to this simple bourgeois community than their own fears of homosexuality and murder.
When it comes time for José to present his version of the “real,” the story he tells is as unrecognizable as if he were speaking in an unknown tongue of a previously unknown Amazon tribe.
The engineer has traveled to this particular village, he recounts, because of its famous winds, some of the fiercest in the entire country. Even since he was a young child, he admits, he has been fascinated with and obsessed with strong winds. His own family was artistic and encouraged his deviant interests, which is why, when seeking an occupation, he explains, he chose one entirely based upon logic and mathematical certainty. It is as if he would attempt to cure his dangerously inexplicable pleasures with something in which he could trust, a knowable entity that could better society rather than standing as a force outside of it.
He was a good engineer and quickly worked his way upon in his office, taking on so many new projects that he nearly collapsed with exhaustion over his intense commitment to their design and execution. When he was told he must take a vacation before continuing his work, he chose something that might take him out of his zone of comfort and return him to his childhood delights. 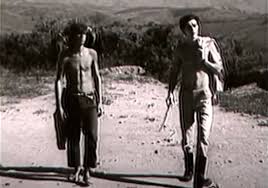 By accident, he met the young street boy, Zeca (who name is etymologically rooted to the name of Joseph and the stranger’s own name, José) who promised to take him up into the hills where the wind is its strongest, particularly in one spot.

If at first, the boy’s enthusiasm seems something acted out simply to gain favor with the outsider, José quickly discovers that the younger version of himself is truly at one with the wind, able to even speak its own language and, on occasion, call it forth.
Time and again, the two trek up to hills overlooking the village to be whipped by the force of the strong gales, enjoying them most as they sweep across their naked bodies, sometimes so powerful that they must cling to one another simply to stay in place.
José explains to Zeca that there are even stronger winds by the ocean, a place to where the adolescent has never before traveled, and at one point when the boy disappears for a couple of days—the elder mistakenly believing that Zeca is hiding out with his girlfriend, which somewhat irritates him—the boy returns to report that he has run away to the ocean to enjoy the lusty winds he has encountered there.
Zeca has promised him, however, that there will soon be even a stronger wind upon the hill, and before the boy has returned he attempts to travel alone by horse to the top of the summit, there encountering winds that make him fear for his life, only to have Zeca return at that very moment, shedding his clothes as they cling together for protection, one of the scenes recounted at the later trial. 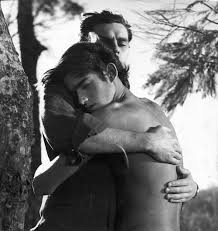 Even the director’s visual enactment of that scene suggests that the deep friendship between these two involves something other than an appreciation of forceful air currents. If we haven’t already perceived it, we now must recognize that their beloved winds not only tear away their clothes, but all other inhibitions. In a sense, they become one with nature, and as such, become free of all societal constraints, including any sexual restrictions. They have, in fact, in their embracement of the natural, transcended their human limitations, becoming one with the other as surely as if they had inserted themselves into each other’s body.
One might also perceive this metaphor as representing the adult not only reentering his childhood existence but as the child being consumed into the body he must later inhabit. In the end, we might not only see the wind as freeing them up to enjoy something much like a sexual encounter, but, again metaphorically speaking, reclamation and sublimation (a kind of symbolic murder) by the elder of his own younger being. The boy cannot later be found because he has become José, who himself has been transformed into the breath of another truth that threatens to destroy all normative societal values.
Near the end of the trial where we can only imagine that the accused will be found guilty, the wind suddenly enters the village once more, letting loose a fury that threatens to tear away every human construct, the trial room attendees running for cover in fear for their own lives.
Only José calmly stands in place, seemingly impervious from the destructive storm he himself has called up. We cannot know whether it is the elder or the soul of the lost boy returning to existence. But it clearly no longer matters: they are one and the same having sexually consummated in way in which no ordinary mortal can explain.
A serviceable if not entirely accurate English language subtitled version of this eccentric Portuguese-language film is available on YouTube.

Posted by greenintegerblog at 11:57 AM