dancing for the joy of every man
by Douglas Messerli

All those who saw or heard former President Barack Obama’s moving eulogy at John Robert Lewis’ Atlanta funeral, will already know many of the facts of Lewis’ life laid out in Dawn Porter’s CNN-sponsored film, John Lewis: Good Trouble; specifically that growing up as a child of Troy, Alabama sharecroppers that he desired even as a child to become a man of words, preaching to the family chickens—a lot more responsive to his ruminations, he later claimed, than human beings years after were to his political statements—and that many a morning after breakfast he hid out under the house porch so that he might escape work in the fields, racing down to the road only when the school bus appeared.
Lewis, even as a boy, knew the direction in which he was headed; unlike his brothers, he was determined to get an education, a desire which his parents supported despite the help he might have provided them in their difficult agrarian labors.
Obama also retold the stories of Lewis’ early involvement in the Civil Rights Movement, to which the young Lewis turned after hearing a 1955 radio broadcast by Martin Luther King, and his gradual desire to be trained in the tactics of non-violent action. 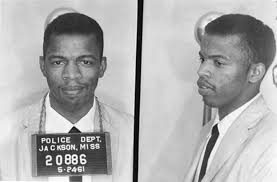 We know he was a very young man when he began to be involved in restaurant sit-ins—where he and other young black men were verbally taunted and liquids and food were tossed into their faces or poured on the top of heads with many of the “sitters” roughed up—and soon after, in bus rides where he and his colleagues, following the lead of Rosa Parks, proudly sat up front, often being abused by the drivers and other passengers.

Soon after Lewis became even more involved in the Nashville Student Movement, he and another member of the group daring to ride a then-segregated Greyhound bus across a large swath of the country, afraid even to leave the bus at stops for fear that the driver would refuse to let them back on and might drive away without them.
Even worse, the Birmingham Riders, as they were called, were beaten with baseball bats, pipes, and other objects. Arrested by the police they were taken across the border into Tennessee and released. After regrouping in order to ride into Montgomery, they were met with yet further violence, Lewis’ head being hit with a crate. “I thought I was going to die. I was left lying at the Greyhound bus station in Montgomery unconscious,” Lewis later commented.
Yet, despite our knowledge of some of these feats, Lewis brushed them off as simply a way of getting into “good trouble” As Lewis later wrote:

I met Rosa Parks when I was 17. I met Dr.
King when I was 18. These two individuals
inspired me to find a way to get in the way,
to get into trouble. So I got into good trouble,
necessary trouble.—

Through Dawn Porter’s film we are visually reminded, moreover, of just how young this thinly-framed, mustached, adolescent really was. With him, we watch a reenactment by the waitress (still proud it appears) who first told him he could not be served at the luncheon counter. And several times Porter encourages the adult Georgia congressman, while viewing such images for the first time since he had experienced them in person, to comment on his feelings in that distant past.
As film critic Cristy Lemire observes:

Porter does not press Lewis on any issues or
ask him any uncomfortable questions. But
she does offer him some moments of intro-
spection. In one of her more intriguing story-
telling tactics, she has Lewis sit on a sparse
soundstage and review images from his own
history—some of which he’d never seen
before—including non-violent protest training
he imparted to fellow African-Americans as
they fought to integrate the South, suffering
vicious beatings in the process. She also has
him look directly into the camera and speak in
a way that’s reminiscent of Errol Morris’ inter-
viewing style, and Lewis’ combination of
warmth and wisdom makes these statements
particularly disarming.

In Porter’s film, moreover, we get images that help us to recognize just how remarkable it was that leaders would chose the then 23-year-old Lewis to become the chairman of the Student Nonviolent Coordinating Committee (SNCC) and just two years later would ask him and activist Hosea Williams to lead fellow marchers across the Edmund Pettus Bridge in Selma, Alabama. Waiting for them at the end of that bridge were Alabama State Troopers who briefly ordered them to disperse. The marchers dropped to their knees briefly to pray, while without any further hesitation the police lobbed tear gas canisters at them and began to beat them indiscriminately with their nightsticks. Lewis’ skull was fractured and, once again, as he later reported, he imagined that he was going to die. The rest of the marchers had no choice but to retreat.
At that point, Lewis claimed he was no longer afraid of death, which allowed him a great freedom he had never before felt.
As Obama retold the well-known horror story of “Bloody Sunday,” at Lewis’ funeral, he added an important insight about that event. That evening, Obama suggests, the troopers must have returned home believing they had won their cause, perhaps celebrating it. But a short time later even a larger group of Civil Rights protesters gathered, this time far overwhelming any police force that might be gathered, successfully crossing the bridge and marching on to Montgomery. Lewis could no longer join them, suffering still from the pain of his beating, but he had become a symbol of the righteousness of their cause.
Much of the rest of the film—after Lewis chose to leave SNCC, in part because of Stokely Carmichael’s election as a chairman who embraced the use of violence as a means of self defense—follows Lewis to congress where, as he himself admits, he now stood on the other side of politics, no longer an outsider but someone whose role was to work with others to make important changes.
In many of these attempts to correct what he saw as wrongs Lewis admittedly failed, despite his continued efforts to get into “good trouble,” including his arrestment for holding a sit-in in the House of Representatives. But as he grew older, he increasingly came to be seen as the “conscience of Congress,” the man who both impassionedly and calmly spoke out for the rights not only of blacks, but of women, and of the LGBT community. He helped to pass provisions, after long years of work, to create the Martin Luther King, Jr. Memorial along the banks of National Mall’s tidal basin; and he fought hard for the construction of the National Museum of African American History and Culture on Washington, D.C.’s mall. 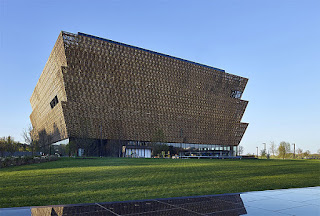 It was moving to see, outside of the context of Porter’s film, Lewis’ cortege stop at both of these sites as well as the new Black Lives Matter Plaza, ordered by Washington, D.C. mayor Muriel Bowser to be created in a two-block area near the White House on 16th street.
Some of the most lovely scenes of this new John Lewis film tale take place in his own home where, with his now deceased wife, he had created a large collection of mostly black art; and at his office, where during a birthday celebration, the man who claims he cannot sing was moved by the cake his assistants awarded him to perform a spontaneous dance.
In a real sense, that dance releases some of the deep seriousness and profundity of this great man’s life which we have just re-experience, permitting him, for a few seconds at least, to once more return to his true role as a joyful human being, who somewhat absurdly preached not only to the chickens, but as his sister insists, to his siblings as well. Lewis, it is clear, believed in the deep humanity of all of us and lived his entire life attempting through words and actions to actualize that fact, that we  indeed are all equal in the eyes of God and the State.
Having now lost this great voice, we need desperately to seek it out again in others and, hopefully, within ourselves.

Posted by greenintegerblog at 8:04 AM