bread or knife
by Douglas Messerli

Loosely based on Frank Wedekind's two plays Erdgeist (1985) and Die Büchse der Pandora (1904), Pandora's Box, directed by Austrian filmmaker G. W. Pabst, is perhaps one of the greatest films of the Weimar Republic.
Watching the movie the other day, I could easily see why composer Alban Berg was attracted to the same Wedekind plays as the source of his opera, Lulu. For Pabst's film, despite its silence, is basically a visual opera, as it counts down the numerous acts of Lulu's fall.
Because of the work’s complexity I have determined to outline the plot in detail.
In the first act, Lulu, formerly living as a woman of the streets, is currently having an affair with the respectable newspaper publisher, Dr. Ludwig Schön; and as we encounter her, she is beautifully caged in Schön's lovely apartment. But her former pimp Schigolch (who she first describes as a former patron and later as her father), visits her in this paradisiacal world, insisting that he has better plans for her, suggesting that through his friend Rodrigo Quest, she might perform on the stage, making her great beauty known to the world. 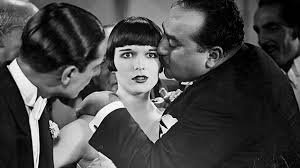 Without warning, Schön returns home, forcing Lulu to hide Schigolch on the balcony. The publisher is clearly distressed, announcing to Lulu that he is to be married and that must give her up as his mistress. She attempts to both distract him and allay any such decision, but he soon discovers Schigolch, and becomes even more determined to end his affair. Lulu insists—foretelling some of the events of the plot—"You'll have to kill me to get rid me."
Meanwhile, Schön's son, Alwa—secretly in love with Lulu himself—is planning to produce a musical, and discusses the costumes with his designer, Countess Anna Geschwitz. As Lulu enters the room, she takes up one of the designs and insists that Gerschwitz must design such a dress for her as well. Alwa becomes determined to cast Lulu in his show, realizing it may be a perfect way to get her off his hands, and his father agrees to finance the project.
A long scene of the musical, filmed from backstage, as cast, workers, sets, and props jostle and push against the visiting Schön and his new fiancée, Charlotte, is one of the most brilliant scenes of the movie. Like a Boulevard farce, the entire world seems to be in constant motion—that is until Lulu spotting Charlotte with her former lover, refuses to go on. The dance begins without her, as one by one, the director, Alwa, the choreographer, and others attempt to change her mind and make her realize her responsibility—all to no avail.
Finally,  Schön himself is asked to help. Perceiving her intractability, he takes her into a small room to force her into agreement. She remains resistant until Schön, in an attempt to mollify her, takes her in his arms to kiss her—at the very moment Charlotte, having been searching the stage area for him, opens the door. The marriage Charlotte insists in now cancelled. Schön has been trapped into marriage with Lulu, a woman he has warned his son "to beware of." As he bemoans the situation, "Now I'll marry Lulu. It will be the death of me.”
At the wedding ceremony in the Schön house, we encounter the publisher's wealthy friends along with Lulu's derelict "father," Schigolch and his criminally-inclined friends, as well the Countess, who we now clearly recognize is a lesbian who has equally been charmed by Lulu, and with whom the bride scandalously dances the first dance of her married life. 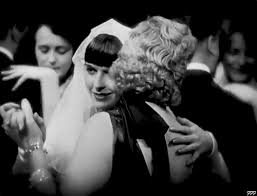 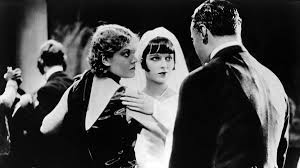 While family friends stare, aghast at the turn of events, standing about the living room with drinks in hand, Schigolch and the entire kitchen staff already appear to be drunk, Lulu’s evil mentor determining to cover Lulu's wedding bed with roses.
Alwa, taking his father aside, announces that he is leaving "for a long time."
As Lulu slips off to the bedroom, beckoning Schön to join her, she discovers Schigolch busy with his preparations and attempts to send him away; he refuses, pulling her down lasciviously onto his lap.
Schön enters, outraged once again at Schigloch's appearance in his house, and orders him out, the party guests witnessing the event with further shock. Taking up a gun, Schön reenters the bedroom, insisting that Lulu commit suicide so that he can erase her from of his life. Forcing her to embrace the gun, he attempts to make her shoot, but when the gun goes off, it enters his own body instead. As Alwa returns for one goodbye to Lulu, his father falls to the floor, blood dripping from his mouth. 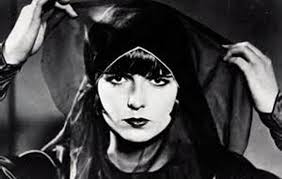 In the courtroom scene following, the prosecution describes Lulu as Pandora, who in Greek mythology was described as "the first woman" who disobediently opened a jar the gods had given her, to release all the evils of the world before closing it again, leaving behind only "Hope."
Attempting to use her alluring beauty to free herself from the charges, Lulu is a strange mix of a mysterious woman in funeral attire and a beckoning call girl. As Louise Brooks plays Lulu, it is her eyes that seem to subjugate all men, while now she is forced for propriety's sake to hide them behind her veil, the jury finding her guilty of manslaughter.
Schigolch and his friends, however, swam into the courtroom, surrounding Lulu and sweeping her up into escape.
The now criminal Lulu has no place to go but to Schön's, the home she might be said to have inherited. Yet, strangely, she seems incapable of comprehending her possible fate, quickly glancing at the newest fashion magazines while imagining herself dressed like the models.
Alwa reenters her life, finally convincing her of the dangers with which she is faced, promising to whisk her out of the country by train. As they prepare to leave the train, however, she is spotted by the Marquis Casti-Piani, who threatens Alwa with the police unless he pays. Alwa has no choice.
Casti-Piani suggests they join him, supposedly for their protection, on a gambling boat, where, once aboard,Alwa begins to gamble heavily, losing any money he may have previously had left. Rodrigo Quest, in search of money himself, demands Lulu pay him. Casti-Piani, attempts to sell her to an Egyptian. As Lulu declares "MONEY! All they want is money!"
Desperate, Lulu pleads for financial help from the Countess, if for not other reason than that her husband can continue gambling, while Schigolch shows him how to play "when you're sure to win." Caught cheating, Alwa, along with Lulu and Schigolch, are forced escape with their lives.
As this long trajectory to the bottom of society comes to a close, we witness the group in complete destitution in a London hovel. Alwa, half frozen, lies in bed, while Lulu attempts to cut a loaf of stale bread. Even a knife won't break it open, and the taste is unbearable. Only the seemingly unflappable Schigolch seems likely to survive; after all, he has somehow been able to come up with a bottle of liquor. As Alwa declares, "It's strange how you can get booze on credit but not bread."
Without food or warmth, Lulu begins to make up her face, clearly been forced, we now realize, to return to the streets. Her only commodity in the male-driven world she inhabits is her body. 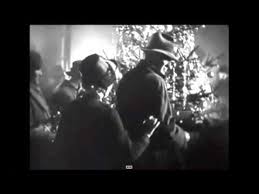 There she discovers a handsome-looking man, and pulls him toward her, just as Alwa and Schigolch abandon their room so that she might bright her “trick” back, the later declaring that he could enjoy just one more plum pudding before he dies.
The girl's pick-up reports that he has no money, but the now desperate Lulu offers herself to him despite that fact, luring him up the staircase into her room. In a brilliant shot filmed from behind these two miscreants, we witness Lulu drawing him up the steps as he holds a knife behind his back. Her alluring look and kindness forces him to drop the knife. The audience, which has previously observed posters warning of the dangers lurking on the street, now divines that the stranger is the renowned Jack the Ripper.
Below, on the street we see Alwa in anguish—we can’t discern whether he is his suffering for his own failure to provide for her or over the fact that she is having sex with another man—while Schigolch sits in a nearby pub, his pudding waiting for his fork.
As the murderer enters Lulu's room, he spots the knife that would not previously cut the bread, and as Lulu pulls him to the bed, he takes it up. Holding a piece of mistletoe over her head, he raises the knife, which, we are certain, will easily cut through human flesh.
Below Alwa walks off, apparently determined to leave his wife.
One might see this clearly theatrical and melodramatic work as simply another naturalistic work not unlike a fiction by Émile Zola or a Theodor Dreiser-like story about a doomed woman were it not for the stunning acting of Louise Brooks. Her face, with its large eyes, long nose, and delicate lips—all enwrapped in her deeply black bangs—seems in constant motion in every frame of the film, shifting from a look of girlish wonderment, to vampire-like flirtation and impish delight. Brooks' Lulu, moreover, is less of a siren than a charming plaything, an innocent who nonetheless understands the force she has over others, and uses it to her advantage.
Her body, as I suggest above, is the only thing that permits her survival, and yet is also what destroys her in the end. As Pabst presents her, Lulu is sexuality itself, a container of energy that has no other end than to burn itself up. In the choice between enduring sustenance (bread) and temporal phallic excitement (the knife), Lulu inevitably chooses the latter. But then, she has had no other choice; to put it somewhat coarsely, she has been taught that in order to eat she has to fuck.


Posted by greenintegerblog at 5:46 AM