my dad’s gay. but at least he doesn’t beat his wife.

Who could not like a television film made to be seen on Showtime, Hallmark and other such feel-good networks starring a young Anton Yelchin, Ron Silver, and Stockard Channing as members of family that has suddenly, and more importantly from the 15-year-old boy’s point of view, inexplicably fallen apart? The problems, seen through the eyes of Yelchin as the titular character are centered upon the fact that the boy’s idolized father, Paul has gradually come to discover himself as a gay man, and has left his wife Anne and son Jack to live with his new lover Bob (Paul McGillion).

Of course, such a film must first find away around Paul’s difficulty in attempting to explain the situation to his son, and then deal with Jack’s reaction, whatever that may be. But obviously both of those issues also depend very much on the time-frame in which these revelations are taking place. In the world based on A. M. Homes book, written when she was only 19, it appears we might almost be in the suburban 1950s, perhaps the early 1960s, particularly given the emblematic signs the director, Lee Rose, has posted of all American boyhood during the movie’s credits: a skateboard, a basketball, a football, a baseball bat, a soccer ball, and a pair of roller skates all planted, apparently, in the family’s front yard, as if accidentally left there. It’s enough to give even the head coach of American University, where Homes went to school, a good case of jock itch. I didn’t so much scratch my crotch as my head in pondering why just one token from US boyhood might not have served better than six or more emblems of boyhood normalcy. Perhaps the skateboards suggests the 1970s or 1980s. We never quite find out what decade we’re in. 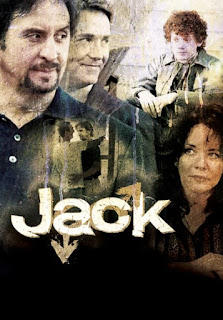 Certainly, the intelligent and sensitive Jack, who we meet mostly through his external moderation of his internal feelings and who comes off, at moments, to have the amazing insights and wisdom of the young Barry Gordon playing Nick Burns in A Thousand Clowns, could not possibly be the same boy who lives in that house. Indeed, his home is the kind of two-story clapboard construction one sees more in urban areas. Anne, a wise-cracking, understandably bitter,  basketball playing mother who never makes breakfast and can hardly cook, seems anything but the placid suburban housewife that her best friend, Elaine Burka (Wendy Crewson) portrays, as if the two got confused and showed up thinking they were on different movie sets. In short, we don’t know where we’re at except in some sort of stereotypical vision of the good ‘ole USA.

No wonder Paul is having such a difficult time explaining to Jack what’s happened as he invites his son out to the very best restaurants that serve up delicacies such as mousse, squid, game hen, and whatever else it takes make a homosexual happy to the hamburger eating Jack. For such a bright kid in his narrative voiceovers, however, Jack appears to be rather dense about sensing what his father is trying to tell him. And when Paul finally does, with the two of them in a boat in some whipped up wildlife paradise, Jack simply cannot deal with having a queer father, diving into the lake and swimming off with a determination to never speak to this new stranger again.

No sooner has he confessed what he has just been told to his best friend on the basketball team, Max (Giacomo Baessato), than someone spray-paints the words “fag baby” on his school locker door. Jack’s friend has clearly let a few of his school chums know the situation, trying to appease Jack’s wrath by writing, in red ink, above it: “Not a….”

When Paul finally convinces Jack to join him and Bob on a bowling outing, since they’ve also invited two gay friends, one of whose daughter, Maggie (Britt Irvin), is the most beautiful girl in the school on which Jack has a crush. The two, as children with gay fathers, suddenly have a great deal to say to one another and even make a movie date. But as they eat in the alley after, Maggie’s father kisses his gay partner, sending all the kids, Jack, Max, and Maggie into nervous twitters. Certainly this movie can’t be set in the 1990s!

In that same bowling alley a hostile school bully shows up witnessing the whole gathering and, you guessed it, now sweeping up Maggie into their schoolmate’s adolescent abuse. As Jack reports to Max: “I’m about two minutes away from losing my mind...” Reporting to the school nurse—who evidently shares the humor of the puberty-tortured kids around her, asking him, “So shall we call this a mental health moment?”—he calls his mother to come pick him up.

In short, Jack has not only the normal difficulties of a 15-year-old in comprehending what a shift in sexual interest might mean, but practically announces it as a disease to which he himself has now been exposed. Although both Anne and Paul make lame attempts to explain to Jack that he cannot inherit being gay and that, despite the changes around him, he will remain the same being he always was, that they both still love him, and that, well….sometimes you just can’t change the way you are, there is utterly no attempt to sit the boy down and attempt to explain what sexuality is really about and why some people prefer opposite sex partners while others prefer the same sex. The movie, rather, treats it all as a ridiculous joke that simply must be endured by the children of such altered relationships.

When Jack finally tells Paul of the school abuse he’s suffered, the confused father asks is something he might do such as speak to his schoolmates, Jack makes the perfect comeback:  “Like what, have a school assembly: ‘Okay everybody, Jack’s father’s here to talk about homosexuality and why we shouldn’t call his son fag baby.’”

But don’t worry folks, everything will turn out okey-dokey. On a camping trip into the back country with Max’s father, mother, and brother, not only does he discover that Mr Burka is more than a little alcoholic, but that he regularly beats his beautiful wife Eliane, this time quite seriously.

Elaine drives off with the boys, her face black-and-blue. And along the way, Jack calls his mother, who’s not home, and then his father to come check on Max’s mother when they arrive home. In a hokey Indian shop he buys an Indian headdress and a spear, clearly a young boy’s attempt to signal to Elaine that he will protect her, also offering her as a present, we suspect, of a hand-woven ring to announce his secret pledge.

So Jack discovers his family is just normally crazy, not miserably crazy like Max and his folks. He even gets to like his father and, to a certain degree, Bob. And he grows especially close, as his 16th birthday rolls around, to his now true love-interest, the other fag baby, Maggie. Evidently “fag-babies” in this time and world—whenever and wherever it is—naturally make bonds.

I’m sure it never crossed the minds of author Homes and director Rose, their stomachs swollen with a Christmas ham or Thanksgiving turkey stuffed with the best of intentions, that there might be anything homophobic about their tale. Afterall, Jack got through his hard times by realizing that he is not a queer but just “Jack” with his whole life ahead of him. And they didn’t even gag, I am certain, on their empty clichés. 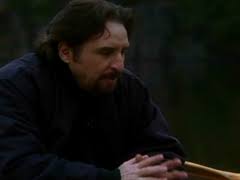 No one connected with this film, it appears, might have ever imagined that Paul is the real one who has been made to suffer, and that his only salvation has been the truth he has come to about his being queer. Apparently, he and Bob have no real agreement with Anne about child visitation rights. In fact, we know nothing much about Bob and Paul’s relationship, how they fell in love, and how Paul came to terms with himself, information which might have truly helped Jack—who at one point asks why his father can’t just forget the phase he’s passing through, and come back home—to understand what sexuality is not always something firm and finished, but can be fluid and even indeterminant as one comes to realize one’s inner needs and desires.

All that might be necessary to deal honestly with Jack’s understandable questions is sucked out of the work in its predictable sympathy with and accordant attention to wife and child, much like Todd Haynes’ Far from Heaven, another film with lots of good intentions but in its almost nostalgic reverence for the sexual and racial limitations of the past, offers few honest solutions. Growing to perceive that one’s family situation is not as bad as others, is no  answer to coming to terms with just how remarkably brave and honorable both Jack’s parents despite their individual suffering. The movie even seems to apply that Jack will be just fine because, after all, he’s a heterosexual, a basketball player, one of the normal kids with a skateboard, bat, foot- and soccer-ball in every pocket.

I can just see a brand-new Hallmark card: on the outside it shows two partying guys with the words “Hey, we’re gay!” And inside: “But it’s all right ‘cause you’re still you.”

Posted by greenintegerblog at 1:25 PM