Upon her arrival early in the film at the famed Parisian nightclub Wonder Bar, a bourgeois Babbitt from Schenectady, Mrs. Pratt (Louise Fazenda)—wife of the manufacturer of “nuts” (Hugh Herbert), accompanied to the club with his businessman friend, Simpson (Guy Kibbee), the manufacturer of “bolts”—declares to Mrs. Simpson (Ruth Donnelly) “Well, this place doesn’t compare with the lobby of the Bijou Theatre in West Schenectady!” The women, nonetheless, find the interior of the bar, particularly in the vast caverns of endless dances featuring  Busby Berkeley’s multiple-mirrored sets, to be quite enticing. 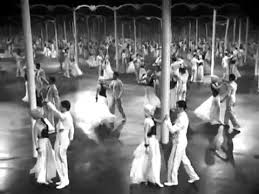 Their husbands are simply looking for a good time with a couple of belles de nuit who spot them and follow along with the several moves of table Mrs. Pratt insists upon as the girls ogle and wink at their husbands. Don’t worry, when a gigolo gets sight of the heavily bosomed Schenectady “mother” he makes a pass, and the two women determine to put a little sleeping powder into their husband’s nightcaps to permit themselves a night in gay paree, just as their husbands determine to apply the same deceit to free them of their wives. We get the idea immediately: for those who can’t truly appreciate the wonders of Wonder Bar a good night’s sleep is a just punishment.

The real denizens of this club which features the dance duo, Inez (Dolores del Rio) and Harry (Ricardo Cortez), are much more sophisticated in their attempts to get the love they want. Liane (Kay Francis) is determined to run away from her famous banker husband Renaud (Henry Kolker) if necessary to maintain her affair with Harry; and Inez, who loves Harry, as we later discover, is willing to go even further in her attempts to keep him in her bed.

Meanwhile, nearly every male in the joint, particularly Wonder Bar’s owner and emcee Al (Al Jolson) and the club’s band leader and off-stage composer, Tommy (Dick Powell), is in love with Inez, Al having nightly dreams of her floating above his bed and Tommy staying up all night to create songs about his amorous pursuit.

And then there is the Wonder Bar regular Captain Hugo Von Ferring (Robert Barrat) who, having just lost everything he had left in the stock market is planning to spend the few francs he has left to celebrate a grand send off with the chorus girls and others before driving over a cliff on his way back to his house. 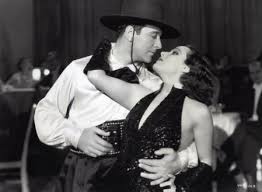 Love, it seems, might put nearly everyone in this film to sleep before the night’s out. If the American nuts and bolts quartet are destined to a long night’s snooze, so is the sleazy double-crossing Harry provided an early dispatch into eternal rest by a knife his jealous partner puts in his chest as they whip up, quite literally, a gaucho dance (the South American version, evidently, of the French Danse apache). To save the woman he loves from any embarrassment, Al manages to stow Harry’s body in the Captain’s car, having been told by that gentleman about his midnight plans. That’s 6 down...and 3 to go. But wait, Inez, almost immediately recovering from her passionate mistake, finally comes to realize that she truly does love Harry, who given the singing composer’s bland and always smiling presence will surely soon bore her to death.

Meanwhile, the movie’s audience might wish to have a little cat-nap to escape the loudly recorded stand-up jokes which Jolson cracks whenever director Lloyd Bacon gives him an opportunity, which is far too often. There’s the one about the nudist colony from which Al has just returned, “tired from seeing the same faces all the time.” Did you know that in America a boudoir is a place to sleep, while in France it’s a playground? A chaise lounge is a Murphy bed back in the good old USA. A moment later there’s the long embarrassing skit in which Jolson pretends he’s Russian, striking up a conversation with his White Russian émigré friend Count “Ofenlong” in which he describes the former great “wiolinist,” having lost everything, is now a street peddler selling “or-ang-és wid and wid-out cids.” The skit goes on...but I have to presume that your interest has already “vaned.”

If those worse-than-vaudeville jokes don’t put you into a dreamy heaven of slumber Jolson’s overtly racist blackface number “Goin’ to Heaven on a Mule” will surely send you into a stupor of astonishment.

Writing in Sense of Cinema, David Boxwell describes the event:

This now notoriously extravagant “tribute” to African-American culture serves as a key illustration of the laxity of official overseeing and governance of content in Hollywood films before the middle of 1934. No doubt entirely defensible to its creators, this long musical number climaxing the film is only different in degree to the many ways in which mainstream American popular culture appropriated black culture and distorted it through a racist lens which was ostensibly “affectionate.” As Eric Lott argues, “blackface minstrelsy has seemed a form in which transgression and containment coexisted, in which improbably threatening or startlingly sympathetic racial meanings were simultaneously produced and dissolved.” Thanks to his performance in The Jazz Singer (1927), Al Jolson was associated with blackface performance traditions originating as far back as the 1830s. This number was a kind of apotheosis of Jolson’s blackface star persona, but Berkeley also intended the number to be a fashionable reflection of the Harlem Renaissance’s verve, as well as a utopian vision of material plenitude for deprived Depression audiences, regardless of their racial-ethnic identity. While we find the grotesque elaboration of racial stereotyping in the number appalling today, Wallis and Lord also must have known, deep down, that the unfettered breach of taste inherent in the number wouldn’t fly past the SRC, hence their unwillingness to screen it for the Committee. 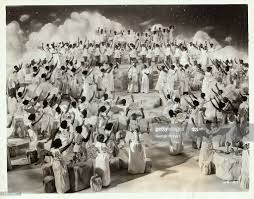 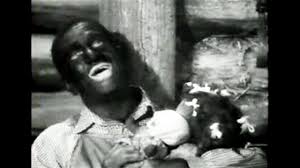 Well, you might say to yourself, there are all those Busby Berkeley numbers to simply sit back and enjoy. But here too, I find the repeated images of hundreds upon hundreds of women, hands swaying through the air while their gentlemen dancer friends move in and out of pillars to be a real snooze. There are, as usual, the impossible-to-believe overhead kaleidoscopic visions of human bodies shifting, like wilted flowers, into patterns that are momentarily worth watching just for pure wonderment. I am sure, however, that when Siegfried Kracauer saw this film he must have gone bananas (that’s crazy in German), with which, by the way, Berkeley had much more fun (that’s bananas not Kracauer). 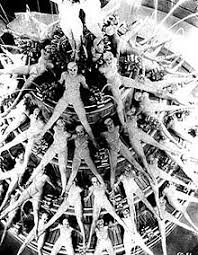 And speaking of fun: any gay viewer on the lookout for the film’s rumored “panze” humor should not blink twice. There is the early scene when a man asks if he may “cut in” to a seemingly heterosexual dancing couple, only to dance away the man, to which Al, hand on hip, limp wrist in air, snipes: “Boys will be boys.” And even in heaven there is a blackfaced fairy, hankie in hand, who hands Al his silver foil wings. Well, at least black gays don’t necessarily to hell. 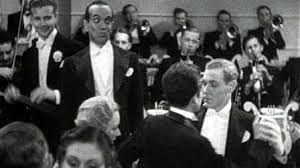 Whoever suggested that all pre-code movies were a lot more fun ought to be forced to sit down to watch Wonder Bar back to back twice, no snoring permitted.

It almost makes one want to cry when recalling that this film was 1934s big hit. I think Mrs. Pratt was probably right, I bet the West Schenectady Bijou did have better features.