Hong Kong-based filmmaker Raymond Yeung has established himself over the last couple of decades as one of the most outstanding of gay film directors, producing to date three feature films and five excellent shorts, although he has as yet failed to develop the international reputation of artists working in the same genre such as François Ozon, Todd Haynes, Wong Kar-wai, and André Téchiné—but then the Asian LGBTQ scene in general has been rather overlooked, something which I do hope to help rectify in these pages.

Yeung’s earliest work, Yellow Fever, released in 1998, was a wonderful introduction to his concerns with Asian identity and to his often comic twists of narrative expectations. At the time Yeung had just returned from London where he had been educated as a lawyer; he would not begin his film studies at Columbia University until 2008, and certainly, there are elements of the short that hint of its director’s as well as the actors’ youth. 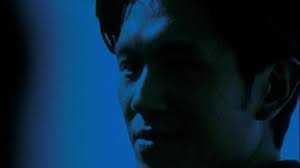 Yet in just 26 minutes Yeung establishes the personality of his central character Montgomery (Adrian Pang), in part because he is a kind of self-willed stereotype, a gay Chinese anglophile who wants as little to do with his own culture as possible. With his primarily Anglo friends such as the cute blonde-haired Andrew (Charles Edwards)—who one might imagine as Monty’s boyfriend except that his major role in Monty’s life seems to be kissing him intensely only at parties—and pretentious Chinese friends such as Yu Ling (Jaclyn Tse) (“So you see, I just couldn’t decide whether next season’s black was brown or camel. And so I meditate. And then suddenly I see the sign—not making a decision is a decision in itself.”) and the highly effeminate Earnest (Ivan Heng) who jokes that when his mother suggested he marry his long-time friend Yu Ling, he countered, having known our hero such he was a child, “why don’t you me ask to marry Monty?”

Yeung establishes the reality of Monty’s life from the first few seconds of the film which shows his character sprawling in the bathtub to enjoy a good, long masturbation, interrupted by a doorbell rung by his new Taiwanese neighbor Jai Ming (Gerald Chew), who after introducing himself asks the oldest come-on question in the world: “Do you have light?” Except the friendly and implacable Jai Ming is asking quite seriously, having already summarily been dismissed by Monty’s declaration that he does not speak Chinese (a lie) and that his name is, as he announces in the driest British accent possible, “Mont-gom-ry.” After finding the cigarette lighter which he cannot get to work (obviously a symbol of his sexual disinterest in the intruder), he hands it over to Jai who quickly lights his cig just in time to see the door closed in his face.

Obviously, Monty is not comfortable in his own skin, being one of the many Asians living in Anglo cultures who, unable to bear their adopted culture’s stereotypes of Asians, play out their own counter-stereotypes of Asians who has been entirely enculturated.

As Yeung portrays that world, however, it is a lonely place. Despite the few Andrews who love Asian boys, most of the English, so Monty is reminded when after five months of a celibate life he tries once more to score at the clubs, not an easy task. Every time he shimmies up to a handsome boy, the lad turns and runs. He returns home completely depressed.

In the meantime, two further encounters with his neighbor Jai confuse him and make him wonder if just possibly he is becoming “sticky rice,” a term used to describe an Asian interested in having sex with his own countrymen. After discussing the problem with his gym trainer Dex and after having a longer conversation with Andrew, he is convinced that he should simply give his neighbor a try. This time he rings the doorbell immediately kissing the man behind the door intensely until the two of them end up in bed. Given that their sex is accompanied by Madonna’s version of Eddie Cooley and Otis Blackwell’s song “Fever,” we perceive that the sex was quite exceptional. 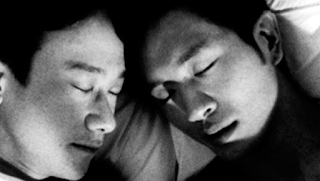 Monty, however, can hardly cope with his sudden metamorphosis rushes to Yu Ling, but is so chocked up with confusion he can hardly express his dilemma. She becomes so frustrated that she utter loses her “always tranquil” disposition, gently striking him. When he finally can admit that he is has slept with another Chinese man to whom he is actually attracted and, far more importantly, he genuinely likes, she dismisses his perplexity. In short, “What’s the problem?” Monty marches to a Chinese revolutionary song back to Jai’s apartment. 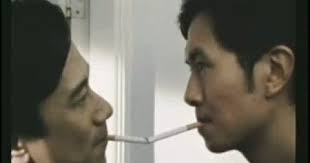 As in the film’s first scene, he knocks, asking Jai “Have you got a light?” Jai momentary disappears returning with a lighter and his own cigarette which he swiftly lights, and, satirizing Humphrey Bogart’s legendary ignition of Laureen Bacall’s cigarette in Casablanca, pushes his fag towards that of his friend’s. Like a suddenly aroused penis, Monty’s cigarette rises to meet his, reassuring us that they’ll be a perfect couple from here on in.

If this witty work is not precisely profound, it does challenge the gay Asian colonialization of themselves and asks a truly important question: why should a Chinese man be more attracted to tennis player Pete Sampras than to Michael Chang?