Matt Tyrnauer | Scotty and the Secret History of Hollywood

Matt Tyrnauer (writer and director, based on Scotty Bowers’ Full Service) Scotty and the Secret History of Hollywood / 2017, general US release 2018

I should imagine that a great many individuals who have read Full Service—Scotty Bowers revelation of the sexual proclivities of Hollywood movie stars, directors, and other workers in the film industry—or those who have seen the lesser-detailed follow-up documentary film, Scotty and the Secret History of Hollywood might see the writer and performer to be a kind of sordid hanger-on whose “shocking secrets” about the sex lives of celebrities are not only lurid but perhaps fabricated, particularly since he waited until their deaths when they could not themselves respond. Full Service was published by Grove Press in 2012, and Matt Tyrnauer’s film was released in 2017, with a general US release the following year. Bowers died in 2019 at 96 years of age, having outlived nearly everyone of whom he wrote except his wife, Lois J. Broad, who died a year before him. 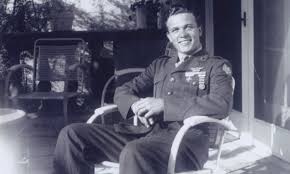 Although he regularly found boys for most of his homosexual clients, Bowers himself tricked most of them, in particular Spencer Tracy. On top of this his clients included numerous Hollywood lawyers and visiting businessmen for many parts of the US. That he did this all without a fee will surely beyond the realm of belief for many.

Others will equally find Bowers disreputable simply for “tainting” the image that for years of Hollywood front men and women as well as the celebrity magazines had burnished in order to provide Hollywood actors with a credible cover for their private sexual interests, often marrying off  gossip-“exposed” actors such as Rock Hudson and Charles Laughton into relationships with women who were vernacularly described as “beards.” In other cases, publicists created elaborate romantic fictions for their studio favorites such as the supposedly frustrated love affair between Tracy and Hepburn, a couple who in real life often couldn’t bear to be in each other’s company. Tracy, in particular, would get drunk many a night in a cottage loaned to him by Cukor, encouraging Bowers to suck him off after hours of drunken complaint. In short, these readers and viewers argue that Bowers has taken away much of the glamour that the stars signified..

That Bowers made life-long friendships with a great number of these figures, and was regularly invited into their homes and on trips these celebrities made to places such as Hearst Castle as a friend, and later worked with them as a bartender—his source of employment after he left the gas station—will simply seem beyond belief to some. 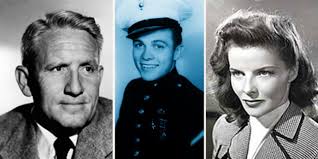 And finally, there will be many who suggest that the very quantity of people he lined up for the stars and others—in the film, for example, Bowers estimates that for Hepburn alone “I fixed her up with every bit of 150 girls”—will make straight-laced normative behaving individuals feel that he is exaggerating if nothing else.

Even my husband Howard, when I explained to him what I was reading, said that the book sounded like loop-tape of Hedda Hopper and her ilk.

I argue that not only do I believe nearly everything Bowers relates, both off and on screen, but highly admire someone who from childhood on—he claims that as a 14 year-old-kid he hooked up one of his lesbian teachers with a fellow girl classmate, and that he willingly allowed a neighbor to jerk him off and shared the bed of numerous priests without regret—was open to multiple forms of sexuality that was nearly inconceivable within the McCarthy era bent of uncovering Communists and sexual deviants in which he primarily worked.

As the documentary argues several times, Scotty offered an invaluable service for the real human beings behind the masks of the screen legends whose every smile and gesture was under daily scrutiny. And the fact that he did it while working as a lowly gas station attendant, a bartender, and personal friend of these figures trapped in the gaze of millions, meant that he could function in a time when the discovery of their behavior would mean the end of their careers and possible imprisonment in plain sight. He kept a little book of addresses and telephone numbers but never shared his client’s names with anyone, sometimes not even with the friends with whom he hooked them up. Even when the tabloids were about to reveal his sexual tryst with Turner and Gardner, Bowers refused the offer of money and admission of the facts. His “full service,” he recognized, depended entirely upon trust. 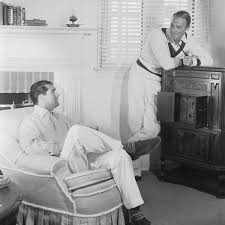 Just for the perpetual doubters—and there have been a number of reputable men and women who have confirmed Bowers’ bedtime stories—most of the actors and actresses he names as homosexual, lesbian, and bisexuals come as little surprise to those in the know. As one of those “not in the know,” but who has extensively read about US cinema and those who worked in it, I knew of and had written about Grant and Scott’s longtime relationship, read extensively of or had encountered several hints about the homosexuality of Cukor, Orry-Kelly, Power, Beaton, Pidgeon, Price, Spigelgass, Olivier, Navarro, and Laughton. Most of them were Hollywood “open secrets.”

Others such as Perkins, Hudson, Clift, McDowall, Maugham, Epstein, Williams, and Hoover, along with friends Bowers mentions (Bill Haines, Sascha Brastoff, etc.) have been outed for years through Hollywood histories, biographies, and memoirs.

The only surprises to me were Hepburn and Tracy but even here I had heard rumors. I’m sorry for those in Boise, Dubuque, and Fair Haven who are hearing about this for the very first time; but also, I’m pleased, finally, that the genie-in-a-bottle has escaped. Artists of all mediums seem to be particularly inclined to LGBTQ activities. And actors, in general, are well represented by the rainbow. And if that rubs some of the sheen of what some define as “glamour,” we’re better off. If the glamorous can only be limited to heterosexuality then I want no part of it. Indeed, it seems rather homophobic to me to describe normative sex as something more intriguing than LGBTQ sexuality, as well as simply not being true. I’ll take Ramón Novarro, Cary Grant, and Montgomery Clift any day over Clark Gable (who had the original Gone with the Wind director, Cukor, fired because he couldn’t work with a fag), John Wayne, or even Brad Pitt. I’m sorry, Rhett, but I don’t give a damn. But then what do I know? I like gay men. Nonetheless, I’m certainly glad to hear that Hepburn wasn’t mooning all those years over the sexually dissatisfied, already-married Tracy.

As for the sheer inexhaustibility of both Bowers and his clients’ sexual appetites, I don’t have an answer except to recall that during my time as a young gay man in New York City I should imagine that I had sex one or two times with someone else daily for a year. Of course, as I aged that slowed down, as I am sure it did for Bowers’ celebrities as well. He claims to have stopped serving the community after Hudson’s death of AIDS, suddenly fearful that he might be connecting up individuals for sexual encounters that may lead to their deaths. But one might also suggest that many of his best friends and customers were simply dying of age and that with the gradual change of sexual attitudes younger actors didn’t fear the judicial system even if they might still worry about the fans. Moreover, Bowers brought his own wife, Lisa, to the house on Kew Drive he inherited from his former male lover, Beech Dickerson, signifying perhaps that he was ready to retire from active service. 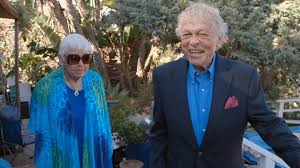 Lisa, clearly still in love with Bowers in the movie version, seems gutsy if a bit puritanical in her morals, not at all sure that she might have married Scotty if she had know of his sexual past, and somewhat nonplused by the fact that she has been asked in her old age to sing—Bowers met her a club in which she was performing as a singer—in a gay bar.

Bowers himself remains utterly unapologetic for what Matt Tyrnauer and commentators such as Peter Bart, Tony Charmoli, Stephen Fry, Robert Hofler, David Kuhn, and others describe as Scotty’s “pansexuality.” Scotty, himself, summarizes his sexual plurality in his declaration: “You know me. I’m up for anything...anytime.” As Godfrey Cheshire adds in his review on the Roger Ebert site: [Scott was] “Also, perhaps, hypersexual: Scotty estimates he turned two or three tricks a day, seven days a week, for nearly 40 years. No wonder Dr. Alfred Kinsey discovered and used him in researching male and female sexuality (Scotty says he took the good doc to some Hollywood orgies and could tell he was turned on).”

In the end Tyrnauer’s documentary spends far too much time on book signings for Full Service and parties for Scotty’s 90th birthday in 2013. The fact that Bowers deeply regrets his inattention to his first wife (to whom he was never legally married) and the death through a botched abortion of his beloved daughter is almost ignored in the movie version, while it is repeatedly mentioned in his own memoir. Indeed, Tyrnauer uses the family home to which Scotty seldom returned merely as a location where Bowers picks up phone calls and piles up some of the debris he has since accumulated in that house, several garages, and his Kew Drive cottage, having become late in his life a genuine packrat. 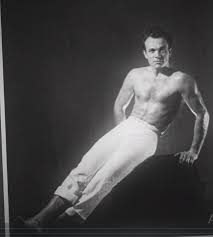 If that does not exactly detract from my admiration for him as an early facilitator for open sex, it seems as beside the point as his descriptions in Full Service of Hepburn’s terrible complexion and his comments on certain of his clients’ interest in S&M, “golden showers,” or performing as “doo-doo queens”—although I must admit that I found it fascinating that during his sex with the august head of the FBI, Hoover was dressed in drag.  But then these facts also reveal, as Kinsey argued, just how diverse we are as sexual beings, and that such desires which to some may seem as deviant and perverse are perfectly natural to a wide range of our species.

Still, I’d suggest anyone visiting this documentary for the first time should read Scotty Bowers’ Full Service beforehand. There’s rumor of a full movie in the making, to be directed by Luca Guadagnino. It will be interesting how the Hollywood of today comes to terms with its own history.

After all, Bowers opened the book rather widely so that we might be able to better access the needs and desires of those who the studio heads hired to pretend they were just like everyone else. Maybe they were, but even today too few people want to admit what normality might include instead of excluding.