A male escort named Hunter (Jesse James Rice) is waiting, phone in hand, for his appointment to show up. The music is ominous, and we suspect the worst, particularly when, after texting a couple of times to “the mystery man,” Hunter finally receives a message: “black Mercedes to UR right.” He looks in the car’s direction and moves forward, his face reflecting the various green and red lights of the street’s neon signs, in tempo to the sonorously dark rhythms of composer Jongic Bontemps toward the car, whose window is slowly rolled down. “Hi.” Stepping back, “No I don’t lean on windows.”

The window is slowly rolled up and Hunter steps into the car. The mystery man, clearly drinking what appears to be a beer, offers a sip to his pick-up. We can see little, as presumably Hunter also remains a bit in the dark before, finally learning forward declaring “Holy shit. You’re sexy as hell,” just as we finally get a quick glimpse of a well-chiseled black man. 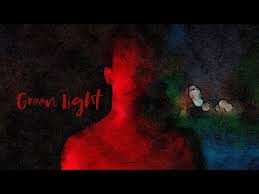 So begins director Adam Tyree’s pretense of a suspense flick, which, we quickly observe has turned into something else that we might never have expected. At first it appears that the film will be a sort of series of questions and answers, the kind one might suspect of a stream-lined noir of less than nine minutes. As the car drives off and finally parks, Hunter poses the first question, “So let me get this straight...why does a man like you...pay for...?”

The driver, Derek (Narvaris Darson) fires back: “I have a few questions.”

After a short pause, Hunter responds: “Okay. You can have three.”

So begins a series of apparent intrusions into the private life of the young escort: Where did you grow up? What brought you here? both of which Hunter answers straight-forwardly but seemingly without any special significance. He grew up in a small town outside of Columbus, Ohio and he moved to his current location because it “was better than Ohio.” And yes, he admits, in what seems to be a kind of bonus question, he is happy where he now is.

All this time the young man attempts to instigate sex, moving up and toward the handsome sexy being for which he has supposedly been hired to give pleasure. But finally Derek pulls away with the oldest word in the sexually disinterested dictionary, “Sorry.”

But it is the “last question,” which he has been holding back that finally helps us to comprehend the significance of this would-be sexual encounter. “How did you lose your virginity?”

At last we comprehend this as a kind of odd method of identifying (and reminding) the sexual worker with whom he sits. And just as suddenly, as anyone who has ever attempted to return to the past knows, the man asking the questions is obviously involved with the person to whom he addresses them.

If this were a more comic work we might even imagine that the interviewer is playing some game about the past a bit like the dreadful “telephone game” in which you’re asked to call up the first person with whom you fell in love and tell them, torturing yourself and the other in the act that Michael requires his “friends” to suffer in The Boys in the Band.

In this case, when Hunter begins to recall an incident from boarding school when he was fucked by a lacrosse player at the age of 16, Derek cuts in with a blast of the car horn: “You promised me you’d be honest!” Just as suddenly Hunter knows he has gotten something terribly wrong. “The first time changes you. You would remember your first time” insists his interlocutor.

Now, finally, Hunter, searching his mind deeply to call up the past, remembers  there being a new boy in the neighborhood at the age of 7, a really nice kid with whom he played. For Derek their innocent sexual touching of one another evidently resulted in what he now describes as molestation. “Do you think the things we do as kids curses us for life?”

Obviously, the game Derek is playing is the game of guilt, his own, which he must have carried with him all these long years. Hunter refuses to “go there,” attempting to explain that the incident did not affect him in the least—“I really liked you”—and reassures him that he is truly happy as a gay man—simple but honest words.

Can’t we go to my place and have a drink and talk this over, he pleads. But Derek is now presumably married—the attentive viewer having earlier spotted a wedding ring on his finger—and insists he must return home, as he hands Hunter the previously agreed upon payment. Again, Hunter invites him to talk whenever he might desire, restating that he has his number and he knows his name, his real name.

Leaving the car, he once again attempts to console the man, who now in tears, seems somewhat freed by the encounter but not yet entirely ready to release his feelings of wrongdoing. Yet, Derek’s final words, “Thank you,” suggest he has finally begun to come to terms with his misconception of what truly occurred. 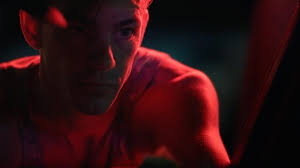 Hunter exits the car but almost immediately turns back, tapping at the window, and despite his previous insistence that he does not lean on windows, speaks once more to his childhood friend: “If what we did when we were kids somehow miraculously made me gay...then I owe you,” he concludes, handing back the wad of bills he has just been given.

Clearly, he has been able to provide this troubled heterosexual a “green light” to move ahead with his life. That light is also the green light at the end of Daisy’s East Egg dock in Fitzgerald’s The Great Gatsby which represents Gatsby’s own often confused dreams and desires that themselves symbolize the best of the ideals for his own generation, just as it reminds the knowledgeable reader of the gay poet John Wiener’s work, “Long Nook.”

There she took her lover to sea

and laid herself in the sand.

He is fast, was down the dune

with silk around his waist.

Her scarf was small.

She opened her clothes to the moon.

Her underarms were shaved.

The wind was a wall between them.

Waves break over the tide,

hands tied to her side with silk,

their mind was lost in the night.

The green light at Provincetown

became an emerald on the beach

Both actors in this small gem of a film are excellent, but Rice, who also wrote the screenplay—working with Tyree as writer and actor in the director’s film, Open Mic, of a year earlier—is particularly excellent. 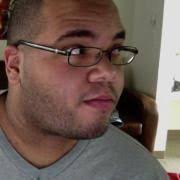 Tyree is a regular contributor to the now vast repertoire of gay shorts, having released at least six films to date, some of which are also reviewed in this volume.

Posted by greenintegerblog at 3:43 PM