The short film Brotherly. directed by J. C. Oliva in 2008 is more of a confession to a tape recorder than a narrative, although it tells slight slivers of a fragmented story as well.

Two brothers, Paul (Malcolm McRae) and Michael (Mathis Fender), growing up in the 1970s, are the sons of an alcoholic mother and father, who mostly leave them alone after hours of consuming drinks, but often, so we glean from Paulie’s nightmares, growing violent as well.

One night Paulie wakes up screaming, obviously terrified of his dreams and having, at 10 years of age, just wet the bed. His brother Mickey, in high school, comes to care for him, helping him out of his wet clothes and accommodating the younger boy’s request to sleep that night in his bed.

Unable to sleep Paulie talks to his brother, asking him to promise that he will “never ever leave him.” His brother’s response, turning and hugging him in his arms, not only provides comfort but, as the grown man telling this tale observes (the older Paul, Kevin Fabian) for one of the first times in his life he felt “warm and safe,” “my best memory,” he summarizes. 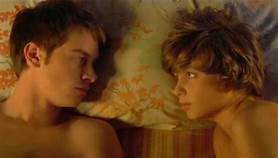 Their simple efforts to comfort one another soon led to the 10-year-old’s need to sleep in the arms of his brother. And “We started to mess around, sexually,” he confesses.

This lasted apparently until Michael went away to college two years later. Paul’s feelings of complete abandonment are poignant. “In my head I thought we were married like my mother and father. That he would take me with him...I guess...to be his wife.” 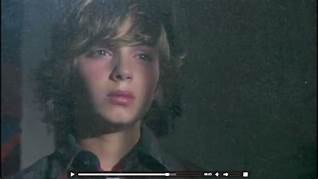 Eventually Michael is married, and the two boys have never since talked about it. Michael’s wife, Nora, doesn’t know. And “you” he concludes, “are the only one I’ve ever told about it”—presumably meaning his audience, since the film ends with him sitting behind an empty desk clicking off this tape recorder.

In that sense we have all been priests and are somehow being asked, presumably, to forgive him and his brother for whatever sins he might have imagined he has committed.

In most cultures incest is taboo and illegal, some countries punishing it with heavy sentences of imprisonment and even death. In the US, strangely enough, it varies from state to state, but in most states it is illegal for parental-child relationships (defined also as child abuse) and siblings who are male and female, without including male/male sibling relationships.

Most of the taboos and laws were created because of the high amount of shared DNA that occurs in familial relationships which, if children are produced, often results in a smaller gene base that accentuates negative family traits that might cause diseases and delimit mental capacities.

Frankly, to my way of thinking, it makes utterly no sense to perceive sexual intercourse between two young brothers, if it has been consensual and not forced, as a crime; but obviously it always can be argued that the elder has undo influence upon the younger. And it remains a serious taboo also because of the continued cultural attitudes toward homosexual sex.

My instincts in this case would be to simply say that there is utterly no need for ‘our” or even a priest’s forgiveness, unless it helps in healing some sense of guilt the participant(s) still harbor. Yet even the presumption of this film which begins in hushed tones, a seemingly secret meeting place (presumably made with the narrator with himself or with some other individual who might later receive his recording) and the confessional like attitude of the major player, the grown Paul, all reifies the notion of taboo and the presumption that two behaved in a terrible manner outside the norms. If this was not the case, surely Paul might have told acquaintances, even if he had ever discussed it with his brother or Michael’s wife. In short, the whole tone of this 11-minute work is one of hushed shame.

I would gather that such incestuous relationships happen much more often between male/male and female/female siblings that we might ever imagine, perhaps even more often than sibling heterosexual sex. Certainly, we know that parental abuse toward children of both sexes is far too common, as is sexual contact between children and their uncles and aunts. Sociologist-friend Miriam Olson once mentioned to me that it does appear to be statistically true that uncles represent the largest proportion of male on male child abusers. I should check to see what Dr. Kinsey had to say on these subjects.

The abstract of a study published on the website of The National Library of Medicine by D. Finkelhor reads:

“In a survey of 796 undergraduates at six New England colleges and universities, 15% of the females and 10% of the males reported some type of sexual experience involving a sibling. Fondling and touching of the genitals were the most common activities in all age categories. One-fourth of the experiences could be described as exploitative either because force was used or because there was a large age disparity between the partners. Reactions to the experiences were equally divided among those who considered them positive and those who considered them negative. Females were more likely than males to have been exploited and feel badly about it. Few participants of either sex ever told anyone. The research finds evidence that such experience may have long-term effects on sexual development. Females who report sibling sexual experiences, both positive and negative, have substantially higher levels of current sexual activity. Their level of sexual self-esteem may also have been affected, but more selectively. Those with positive sibling experiences after age 9 have more sexual self-esteem. However, experiences with much older siblings taking place before age 9 are associated with generally lower levels of self-esteem and no increase in current sexual activity.”

A 1991 study in The New York Times reported that 52 percent of identical two brothers of gay men were also gay with 22 percent of fraternal twins, and 11 percent of genetically unrelated brothers, which not only asserts that male twins are more prone to both be gay (which is only logical they share 100% of DNA), while also suggesting that homosexuality is in-born rather than occasioned by psychological and social conditions.

However another study headed by Tuck Ngun, a researcher at the Daivd Geffen School of Medicine at the University of California, Los Angeles found that in a comparison of 47 pairs of twins, in 37 pairs one brother was homosexual and the other wasn’t. In 10 pairs both brothers were gay.

Of course, this is not immediately relative to any discussion of incestual love, but the gay community through their expressions (even if they are simply fantasies) in film and literature have long asserted that twins who are gay often have sex with one another. I can find no medical study that either denies or confirms this.

What might have interesting in regard to the film above would be to explore Paul’s adult sexuality. Is he a gay man; is he happy in his sexual relationships; has he been able to resolve his painful youthful loss of the only one who appeared to truly love him? I do wish Oliva and his writer Joe Brouillette might have taken his narrative further since this was presumably based on a real life situation between two Ohio boys in the 1970s.

Posted by greenintegerblog at 3:51 PM