Reid Waterer | The Kiss on the Cliff

Reid Waterer (writer and director) The Kiss on the Cliff / 1993

One aspect of gay life that is seldom spoken of is how many young people having trouble “coming out,” never manage to leap that hurdle and live the rest of their lives often unhappily in exclusively heterosexual relationships. Filmmakers and their audiences simply find it much more fulfilling to track young people who gradually come to terms with their sexuality or even to portray LGBTQ individuals who are forced to live in and yet survive homophobic societies. A person whose  sexuality is never quite determined confuses both queers and straights, and suggests to heterosexuals, in particular, that there may be any number of their kind who would have happier in LGBT relationships. The Q factor, or the eternal questioning individual is to most of society a troubling being who hasn’t been able to make a final decision on how to express their sexuality.

While we can point to many films in which characters have come to the realization of their sexuality later in life—Geschlecht in Fesseln (Sex in Chains) (1928), the comedy series La Cage aux Folles (1978), and Making Love are focused on just such figures—and a similar number of works in which the central character lives a hidden LGBT life while pretending to be exclusively heterosexual—there are many sad stories such as the 1962 Ohio man in Caught (2011), and even of characters who joyfully lead double lives such as the dead husband of The Ignorant Fairies (2001)—there are very few queer cinematic expressions about those tortured beings who never experience the sex they are inwardly seeking. 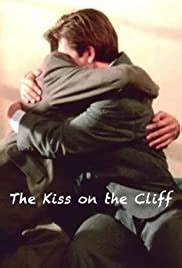 Reid Waterer’s short film of 1993, The Kiss on the Cliff, however, represents just such a situation. Beginning with an attempted kiss between the teenage Mark (Stephen Wolfe Smith) and his best friend Steve (Tom Tarantini), the movie quickly reveals the first boy’s rejection of what he was just about to consummate, an acceptance of gay love. As Mark tells his gay friend—recently outed in the small town in which they both live because of Steve’s one night encounter with a gay man—he doesn’t believe he is homosexual. Afterall he has the perfect girlfriend, and he doesn’t feel like he desires gay sex. Strangely, we discover, it is Mark who has sought the friendship with Steve, not the other way around, and Steve has not at all attempted to force him into any kind of sexual situation. He just presumed since his sexuality was known and that since Mark, as he continues to admit, sees him as his best friend that there might be some reciprocal desire.

Anyone who has come out at a young age will immediately recognize Mark as a figure who is clearly intrigued by homosexuality, but just not ready to admit to or commit to being queer—as if a kiss or embrace might mean a life-long pledge to having gay sex or developing a deeper relationship. But, obviously, for one on the edge of such a symbolic cliff—and these boys are literally standing on the high hills outside of their small hometown—any fall into the arms of another means a total commitment to the jump into the yawning sexual space between them.

Steve may not have pressured him, but actually does so now, arguing that he has to get out of the narrow-minded world in which he lives, to go “anyplace but this place,” and wants his friend to join him, for them to go to college together instead, as evidently most young men do in their town, work for their living. When again Mark argues that he’s just not ready, Steve drives him back into town.

Mark clearly is conflicted, not even able to finish his meal. And his parents, suspecting the obvious, enter his bedroom before he sleeps to ask him not to keep the “bad” company of Steve, meaning, as Mark himself puts it, they don’t want him hanging out with a “fag.”

Steve meanwhile has been forced to act out his leave-taking earlier than he expected when his father tells him that his divorced mother, living elsewhere, can no longer afford to make child support payments, and Steve’s father, who is out of work, asks him to find his own apartment. It’s raining, as it always does in times of total abandonment in gay films, and Steve, having nowhere to go even for the night attempts to call for Mark from outside his bedroom window. The musical accompaniment of Wolfe’s “I Will Remember You” makes it clear that the two, in fact, do love one another, but are destined to be parted. In the shower, Mark does not hear his friend’s calls, and Mark’s mother soon comes to the window shooing away his would be lover.

Ten years pass. Mark is now married to the “perfect girlfriend” and has a son, who we discover is named Steve. Steve’s father has just been buried, and Mark tells his girlfriend that he must go back to the house to talk with Steve, although she has gathered that they were never close friends and is troubled by her husband’s recent quietude, recognizing that something is wrong with the otherwise loving Mark.

Mark and Steve meet up, sitting on Steve’s old bed, both young men, dressed in suits for the funeral, making small talk over what is still apparent in their stares at one another, is still a deep longing for one another. Soon after, another young man, Chris (Sean Sendelsky), appears at the doorway to remind Steve that his family are waiting for him at the after burial celebration. Steve introduces him as his lover, and we perceive a wave of despair wash over Mark’s body. He has to go, he explains, his wife is waiting. Perhaps Steve might join him and his wife for dinner one night? “Does that include Chris,” Steve enquires, the silence marking the fact that the new generation of this small Wyoming town have not changed in their prejudices. We also recognize, however, that for Mark the fact that his beloved friend does now have a lover has created a chasm between them that no longer can be bridged as clearly Mark had hoped it might be, that he might still have had one chance, not lost, to go back and relive that kiss on the cliff. An awkward embrace is all Mark can offer his friend.

There is no way to rethink his sexuality at this point in his life. And we recognize that the silences about which his wife complained will now be a regular feature of their relationship.

If Waterer’s film is not particularly a brilliant or even original work, it nonetheless captures the lives of quiet desperation, as David Henry Thoreau described it, that so many men who have lost their opportunities to even experiment with their sexual identities are forced to endure throughout most of their lives.

Posted by greenintegerblog at 3:32 PM