panegyric to a penis

The short films of James Broughton can be either whimsically charming or outright silly, the later occasionally even a little bit embarrassing. Broughton and his companion Joel Singer’s 1979 work, Hermes Bird most definitely falls into the latter category. 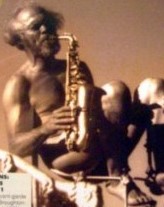 Hermes is associated with several things, including the boundary between earth and the underworld and, consequently, life and death. But generally he is described as the messenger to the gods, who moves easily between them.

Early on for those who worshipped him, however, he was also associated with the phallus, and represented a symbol of fertility, in particular for the male head of a household.

Obviously, Broughton and Singer’s reference to him suggests their focus on the phallus which as Broughton reads his poem, slowly and gradually moves from being soft to, by the end of the work, reaching full tumescence.

“My soul ejaculates in time with his harp,”

and stanzas that apparently sing the cock into erection:

Firearm of my spirit, all that flows into flame

He rises from earth,

He descends from heaven.

He is always prepared for paradise. [etc.]

By the end of the poem, when the penis points straight forward just before rising to a slightly higher tilt, the poet proclaims “This is the secret that will not stay hidden,” clearly playing with Wilde’s description of a “love that has no name.”

But in the end, obviously, Broughton’s and Singer’s short is all a bit like a schoolboy joke, which the directors reiterate in there description of their naughty-boy tactics. Evidently a camera made to film the explosion of the atomic bomb had been loaned to the San Francisco Art Institute, which Broughton, a professor there, along with Singer used to film this piece, declaring that their work was “the ultimate statement of ‘Make love not war.’”

Posted by greenintegerblog at 12:12 PM