Richard C. Kahn’s 1934 film The Third Sex is described in some sources as an “exploitation film about homosexuality.” But this apparently lost film, seems to at least aspire to be a kind of Magnus Hirschfeld-inspired study of various sexual differences which are obvious perceived as “problems” by psychoanalysts and other authorities who advice seems to be based on little personal knowledge of homosexuality. The story is based on a novel (apparently her Well of Loneliness) by the famed lesbian author Radclyffe Hall. 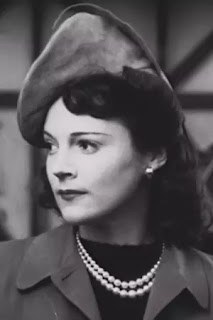 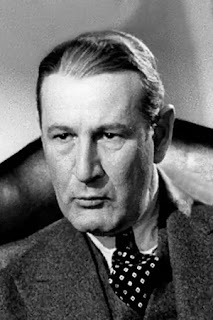 One figure, Elinor Gordon (Luana Walters), who was frightened sexually by a man as an infant, confides to her psychoanalyst that she is considering yielding to the advances of her attentive and affectionate female roommate, Bobby Allen (Jean Carmen).

The psychoanalyst advises her to get rid of her roommate, who works in the same law office as does she, and to marry a football player. In other words, to rid herself of any desires and play at “normalcy.” She apparently does rebuff her roommate’s attentions and travels with her lawyer employer, Dave Warren (Allan Jarvis), to the country house of the senior partner, John Grant (John Elliott). Elinor falls in love with Dave, but Grant’s daughter Judith (Sheila Loren), meanwhile, is romantically interested in an artist acquaintance, Paul Van Dyne (Morgan Wallace), who without her knowing is a homosexual.

Reprinted from My Queer Cinema and World Cinema Review (March 2021).

Posted by greenintegerblog at 4:08 PM