a metaphor to the future

New Zealand director Stewart Main’s 1996 15.32 minute film, Twilight of the Gods is an astoundingly original work in that it tells the story of a growing homosexual love affair between a Māori warrior and a New Zealand soldier framed within seemingly historical events when evidently New Zealand soldiers were regularly attacking and killing the native Māori population. Indeed the film is bilingually presented in both Māori and English alternating subtitles depending upon whether the warrior Toa (Greg Mayor) or the soldier (Marton Csokas) is speaking. 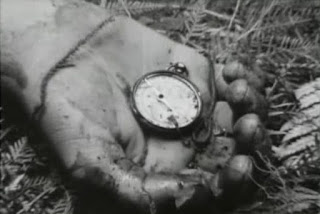 The soldier is discovered by Tao when he hears the cry of his spirit-bird and runs to witness the death of his Māori friend (possibly a lover) and of several renegades dressed in their uniforms. Among the soldier’s bodies Tao discovers one handsome man still living and out of revenge is about to kill him but is stopped by the song of his spirit-bird to who tells him to spare the man’s life.

Angered by the bird’s message, Tao can only wonder whether his gods have lost their powers given this request. Surely as a warrior it is his duty to destroy the man who was party to those who destroyed his friend and others of his tribe. He holds his spear ready to plunge it into the dying man, but it suddenly turns into a burning torch in his hands. When he picks up a large boulder to dash it against the soldier’s head, it crumbles in his grasp.

Tao has no choice, accordingly, but to grudgingly carry the man back to his hut. Seemingly in appreciation for his salvation, as Tao bends to check whether the soldier is breathing, the man lifts his head  in an attempt to kiss Tao upon the lips.

Tao pulls away in contempt, and over the next several hours seems to leave the soldier to suffer alone in the cold of a sudden rainstorm. Although he tends to his own provisions, he appears not to even attempt to feed his hated guest. 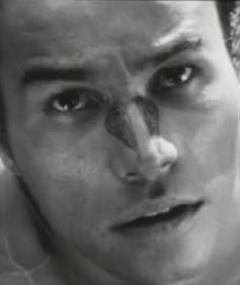 Yet eventually he does tend the man’s wound, carrying him to a stream to gently bathe him where he mocks his now prisoner for having an erection. Yet when he finishes and pulls away to clean himself he suddenly fantasizes embracing and kissing the beautiful stranger. When he comes to from the dream-like fantasy he is confused by what he has experienced, and attempts to ask the spirit-bird why he is plaguing him with these thoughts.

Gradually, the man heals and even taunts Tao. At one point we see him tying knots to a tree limb in order to catch birds to order for a later dinner. Previously, Tao has taunted him with an eel his has caught my hand in the local stream.

When the soldier once again attempts to kiss the warrior, Tao angrily pulls away, the two deeply battling with one another in the stream until, gaining control over the weaker soldier, Tao attempts to drown the  man by holding him by the neck under the water. He can no longer hear the song of the spirit bird, however, and grows troubled.

In the end, he cannot carry out his resolve, and letting go, the soldier comes gasping back to life. A few moments later, Tao turns back to him, embracing him into a deep kiss, as the two tussle in their sexual desires, rolling each other over and over in sexual lust. Finally, the Māori and the New Zealander have become lovers, a metaphor for a future in which the film exists if not its specific story.

The next day, Tao is alone near the hut, waiting for the soldier to bring him back food, hoping for a pig. We see the soldier pulling birds from his traps, and suddenly we realize that Tao’s spirit-bird has been among those caught in the small nets.

Almost as evidence of the god’s punishment a small band of renegades appear out of nowhere, cornering Tao and threatening him, he calling out to his friend, who is obviously too far away to hear his calls. 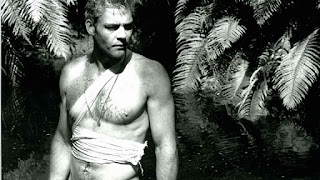 When the soldier once again attempts to kiss the warrior, Tao angrily pulls away, the two deeply battling with one another in the stream until, gaining control over the weaker soldier, Tao attempts to drown the  man by holding him by the neck under the water. He can no longer hear the song of the spirit bird, however, and grows troubled.

Despite the devastation of the indigenous Māori population of the latter half of the 19th century—presumably when the events of this film were set—today there are approximately 776,000 Māori’s remaining on the island country, with about 140,000 surviving in Australia.

Main’s film, shot in rich black-and-white hues that remind one more of the cinema of the 1960s than 1990s when this work was shot, provide it with an archaic look that seems appropriate for its historical timelessness. It seems amazing, given its rather graphic presentation of sexual genitalia and acts that it was funded, in part, by the New Zealand Film Commission, obviously an organization far more open-minded that any US governmentally-supported organization might be.