a view from the roof

Very little actually happens in Robert Little’s 1998 film, A Good Son, yet, to use an anaphoric paradox, a great deal actually happens. A young man, Tim (Eddie Ebell), having drowned out the world on his headphones and a book he is reading, is sitting in the stands with father (Ben Martin) at a Southern California University diving meet; the diver is his brother and sitting next to him is his brother’s girlfriend, Christie. His father attempts to return him, as he describes, “to earth” in with the hopes he might observe the expert leaps and spins of the divers as they hit the water (both divers performed by the Olympic winning brothers Justin and Troy Dumais, the later listed as “Justin” in the credits).

Suddenly Jack (Drew Bell), a USC student which we as suddenly recognize Tim to also be, sits down near to him and begins to talk with the boy, mostly asking questions such as what book he’s reading, what music he’s listening to, etc. They exchange the names of their favorite poets, Tim enjoying Eliot while Jack prefers Rimbaud, while recognizing that they are a year apart in the university, Jack being a senior while Tim is a junior. Before long Jack asks if Tim might be interested in joining him for a coke, and Tim, agreeing, tells his father that he’s taking a short break. 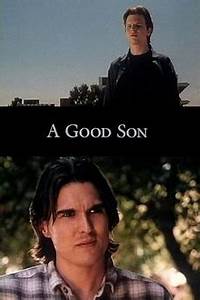 The boys continue talking, Tim finding Jack to be an agreeable and knowledgeable person with whom he appears to share many interests. Before long Jack has managed to lead to him the roof—a place usually closed and unknown to most students—in order to take in a remarkable view of downtown Los Angeles.

There the two boys, after taking in the view, sit down next to one another and continue their conversation. Just a suddenly as he first appeared to Tim, Jack leans over and gives Tim a kiss on the cheek.

For a long while Tim just sits in place, Jack finally standing and walking a few feet away while Tim remains sitting in apparent astonishment. He doesn’t bolt, even when a janitor suddenly appears on the scene asking why the boys are there yet allowing them to remain a short while longer before he closes up the rooftop door. It is as if Tim has hit a pane of glass like a bird dropped in his tracks to consider how to recover before taking flight.

Finally Tim stands, Jack asking if they might at least change phone numbers. Tim claims he has a poor memory for numbers. They have no pens or pencils, so Jack says he’ll give him his e-mail address, but as they begin to go back down to the swim meet, Tim suddenly suggests they leave separately—after all his whole family is waiting below. It is almost as if the two have had sex and may prove the fact by appearing together in public immediately after.

He returns to find his brother, his girlfriend, and father all standing by their car, the father suggesting they were ready to leave without him.

As they are about to drive off, Jack again appears, the car slowing down, the father apparently wondering if the stranger has something more to say to his son, but seeing no sign of recognition in Tim’s expression, Jack says nothing, and the car drives off.

It’s a sad story actually. Two obviously gay boys might have started a relationship had it not been for the evident reluctance on Tim’s part to assert a friendship with the other boy. Yet we also know by his refusal to give himself away even a little, in his near-desperate insistence on remaining the “good son” to his father, that something momentous has just happened, something that he has changed him forever. Indeed, we now recognize Tim is no longer the “good son” compared with his athletically-achieving brother who has found a serious girlfriend. Tim is now a different person than he previously was.

This is not really a story about a new relationship between two boys, but concerns one boy’s new relationship with himself. If Tim does not meet up with Jack again, there will be other such young men in his future.

Finally, this is a story about a father who not only will soon no longer recognize his son, but a man who perhaps has never quite known his child. Had he been less attentive to his other son’s athletic achievements he might have noticed that Tim went off with Jack and that, in the boy’s final refusal to recognize his new friend, something of great significance had happened between  them. It is almost as if his son, turning back to look at where he had just been (a sudden vision of Sodom?), had been turned to stone. The son named Tim whom the father drives back home is no longer the same boy he drove to that event. Nothing has outwardly changed, but inwardly everything has.

Posted by greenintegerblog at 4:10 PM