Finnish filmmaker Valentin Vaala’s classic film Ihmiset suviyössä (People of the Summer Night), based on Nobel Prize winning author Frans Eemil Sillanpää's 1934 novel, is one of the many “back to the soil” fictions of Scandinavian literature and filmmaking. Like Knut Hamsun’s The Growth of the Soil, Tarjei Vesaas’ The Great Cycle, and Halldór Laxness’ Independent People, among others, these  fictions certainly represented the difficulties of rural living, while celebrating stubbornness and independence of the central figures whom it suggested lived fuller lives than their fellow city dwellers; and in general these works argued that the natural “real” world was preferable to the modern urban one.

And, indeed, that is one of the central themes in this film, as it begins with an unusual sight in this rural paradise, a car speeding along the dusty road on its way to the Teliranta estate, a farm that has been in the Teliranta family for 300 years, remaining one of the wealthiest farm estates in the region.

The driver of that car Arvid (Matti Oravisto) who has come, unannounced, to see one of the family’s daughters, Helka (Eila Pehkonen) whom he had evidently dated back in the city and who spoke often of the wonders of her home, including its noted sauna. The family, father, mother, grandmother and Helka’s sister all greet the newcomer with pleasure, seeing him as a likely partner for their beloved family member. 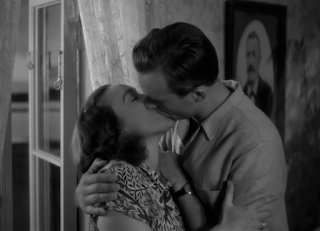 Nearby live Hilja (Emma Väänänen) and her husband Jalmari. She appears to be more worried about her sickly cow that the fact that she is pregnant and near to labor. When she finally does go into labor she sends out Jalmari to get the midwife, who happens to be on another case which forces his to seek out the doctor, also missing, meaning that by the time he returns the baby has already been born, Martta, the mistress of Teliranta have helped Hilja bear her child.

An even poorer woman, Santa (Kaisu Leppänen), whose husband, a lumberman, is missing, but with her several children survives by brewing mead and, to help pay down her debts. allows one of the  brutes to engage in sex when he’s not too drunk to perform. As she tells her children as they about to visit a nearby farm, “You must never tell the neighbors what’s happening at home.”

Over the period of one long midsummer night, when the sun refuses to disappear and the characters are kept mostly awake, little and larger things happen to these people and others in the countryside that are aligned almost perfectly in the rhythm of the natural world about them. Just as their crops, flowers, trees, animals, and other natural phenomenon stand in glorious testimony to birth, love, decay, and death, so too do the lives of these people. Indeed, the reason this work is so beautiful to watch is the way in which Vaala and his cinematographer Eino Heino capture the natural world in black-and-white. As the novelist had reminded Vaala as he was making the movie, there should be only one main character, and that is the summer night. 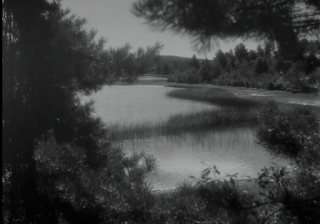 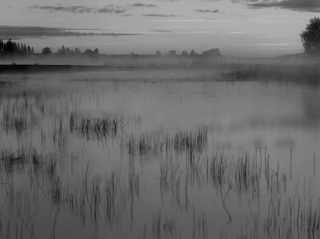 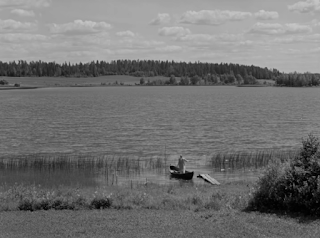 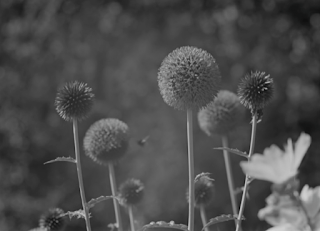 By comparison the humans in this story seem almost undeveloped, hazy, and slightly out of focus. We observe them drinking, eating, staring out windows at the landscape, kissing, traveling, and dancing; but nothing except the death of a drunken lumberman and the birth of Hilja’s baby seems to be of great significance. In fact the regional doctor arrives too late for both events.

Although taken by the beauty and charm of the countryside, at the end of this extremely long day and night, Arvid returns to the city perhaps to be joined by his girlfriend Helka or maybe he will return after he settles up his affairs. The film does not definitively answer any questions that arise concerning the fate of these figures. And besides, given the patterns of the natural world around them, we know their fates, no matter the seemingly all-important incidentals.

That is, in fact, what I perceive as the weakness of this film which never truly invites into the lives of its characters enough to allow us to really know and care deeply about them. On the one day we witness them amidst their everyday lives they basically seem lost in a kind of frozen stasis that we also recognize cannot contain us. We are outsiders who have no real place in this apparent paradise, despite the sorrows some of its citizens, particularly Santa, must bear. Yet even she seems to be not only a strong survivor but someone who, by saving aside the money she receives and by rewarding the sexual favors which lowers her debt, is someone who surely will still prevail.

However, one figure stands apart from all of these, an oustider much like us, is a young romantic boy from the region who has escaped farm life to join the lumberjacks, but even then remains apart from his lumberjacks as one who reads and who has evidently traveled, describing early on in the film how he has seen a Chinese carney performer throw knives at a woman who apparently was his lover. This young boy, the beautiful doe-eyed Nokia (Martti Katajisto) also throws a knife at the wood planking of the boat on which he and other men live, the mean men leaving their world dedicated to the floating logs only long enough the get drunk for a night before moving on.

Even though for most of the film we know little about Nokia as well, we sense something in him that is special, simply in the fact that his beauty stands out against the brutal ugliness of his co-workers and even among most of the people who farm the land. Perhaps Nokia can be matched only by the handsome Arvid, both outsiders of sorts, even if Arvid appears to desire to become one of the farmsteaders and the surrounding peasants. If nothing else, we recognize in Nokia’s literary interests, in his politeness to those he meets, and in his animated story-telling that he is somehow exceptional. 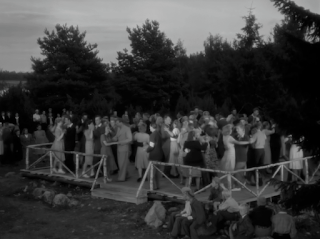 Unfortunately—in this static world in which even the celebrating dancers seem to move in slow-motion, floating in patterns around the small dance stand instead of actually engaging in intense bodily movement—Nokia is nearly all action, his eyes themselves dancing in the light of others whom he meets and his body reacting to the threats he encounters, particularly when challenged yet again by his totally drunken cohort. Egged on by another logger, Nokia finally takes the bully, Jukka, in hand, rushing at him with his knife, the man falling dead so quickly that we can only wonder, since he has passed out previously several times in this film, if he suffers a drunken seizure or a heart attack. It doesn’t seem to matter, for the moment the man falls all the others, farmers, and loggers both gather to call Nokia a murderer, quickly assuring his being manacled, arrested, and jailed. It is he who insists immediately upon sending for a doctor who, as I mention above, arrives too late to do anything but to repeat the obvious: the man is dead. There is no attempt to truly discover how he has died.

But it is when he is locked away, and let out briefly by the only other comely man in this picture, Iivari (the brother of the jail keeper) do we discover just how different Nokia is from all the others in this film.

Nokia, we slowly come to perceive through his own telling of his life, is a gay man (the first gay character in Finnish film) who has joined up with the lumberjacks imagining he might find beautifully fit men who in their loneliness might seek him out for a sexual adventure: “It was an impulse. I wanted to try it out. They tell such beautiful stories about it.” But, as he tells Iivari, “everyone is so ugly. Haven’t seen a fair man since I left home.” 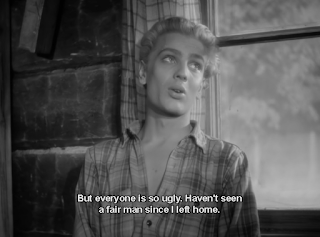 What about the girls, asks Iivari?

It is only when he begins singing a popular Finnish folk-song:

The boy was naive and beautiful,

he was naive and beautiful

with Iivari correcting him: “Don’t you mean the girl?” that his questioner begins to comprehend. When Nokia repeats another chorus with “the boy,” the truth suddenly dawns upon the jailor's brother.

Calling him “God’s child,” Iivari hands him the liquor bottle, while Nokia falls crying into a kind of mad fit trying to explain what he means for someone like him to be manacled. In the end he cries out what might almost be a restatement of Wilde’s famous quote:

The young soul has longing that he cannot even name.

We hardly care if Arvid returns or not or whether Helka joins him in Helsinki. But we feel cheated for not knowing at film’s end what happens to Nokia, a soul seeking out an impossible love in the world in which he lives. Like so very many of the “return to the soil” works, we discover the land of farmers, peasants, and itinerant workers sharing a pastoral paradise ultimately to be empty; it was after all just such a world to which the Nazis aspired, why Hamsun so admired Hitler, and the Germans chose his The Growth of the Soil as his favorite novel.

Thankfully Sillanpää's work makes no argument for returning to nature but simply presents that world in an objective manner that shows its beauties and limitations simultaneously. I grew up in such territory, and frankly I have no desire to return even for a long midsummer night. And I can only dream that Nokia may be let free to escape its lures.

Posted by greenintegerblog at 5:35 PM