Like Fig Leaves (1926), The Masked Mannequin (1927), and in a few respects but with very different consequences, Palmy Days (1931), Alfred E. Green’s Irene (1926) concerns a young woman who enters the fashion world in order to make money and, in some respects, enter a new societal world unavailable to her in her previous homelife. Based on the hit 1919 Broadway musical, this work was revived in theater in 1923 and again in 1973, and was remade as a film in 1940.

Obviously a great deal of its appeal has to do with the character of Irene O’Dare (Colleen Moore in this film version) who is a dreamy, someone clumsy girl of a lower class Philadelphia family, whose father is a drunk and whose clothes-washing Irish mother dominates her home life and one day sends her out not to return without a job. Immediately fired from her first position as a department store window-sleeping model, who wakes up each morning to extol the night she has just spent in bed. 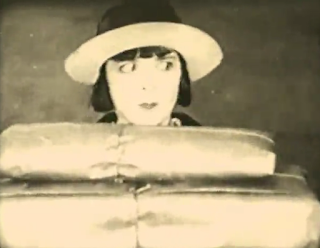 And her very next job, a bit like the delivery business which leads Victoria astray in Viktor and Victoria takes Irene to New York and eventually to the mansion of the wealthy Donald Marshall (Lloyd Hughes), whose friend is attempting to convince him to suggest the fashion line, of which he is part owner, to his fashion conscious mother. The two—the waylaid Louise Brooks look-a-like Irene and the disinterested young businessman Donald—meet up and fall immediately in love: end of story. Except of course there have to be a great many complications before they can even propose their inevitable matrimony; how else to fill in the spaces between flashing eyes, tremulous hands, sidelong glances, misunderstandings, batting eyelids, tears, and more misunderstandings before their first real kiss?

Our luck is that the major complication in this case involves Donald’s friend’s fashion shop, run by Madame Lucy (George K. Arthur), a true sissy of the grand style who keeps this film afloat for the next hour by convincing Irene and us over and over just how inadequate she is as a human mannequin and how unfairly, given his overly-refined sensibility and obvious superior talents as a costumier—self-cognizant gifts necessary for his proper queer sniffles at the rest of the human race—he is treated by the world around him. 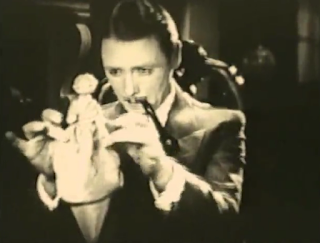 If he is a sexual outsider as a gay man—although Vito Russo who argue that his type is not even sexual given his role as a comic arbiter of the male world of which he knows nothing—he is treated just as dismissively by the women over whom he rules. One just has to note the otherwise sweet Irene’s giggles upon who first encounter with him. But while one can only laugh at his type’s puffed-up sense of self, we also realize that he is a great creator of sorts, able, as even Donald quickly perceives, of transforming even a stick into a thing of great beauty. He makes women beautiful, which helps men to love them, which serves as the glue to the survival of the species. But given the species upon which he does his magic, is it any wonder that he often shutters for the impossibility of his role, particularly since personally he gets so very little out of the magical forces he conjures up?

If at heart Russo despises sissies, critic Richard Barrios, as I have come to, loves them, writing of Arthur’s performance as representing the near tabula rosa of such figures. As he quotes another critic: “There is nothing fresh, vulgar or objectionable about the way Arthur plays it, just ‘sissified’ and funny, so even the average lay mind will absorb it as desired.” 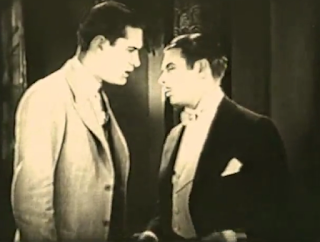 Soon after, as he tries to weave a dress around her terrified inert body, he tells her, “I’ve seen sausages with more style than you.” As he soon confides to her sponsor, “Even I cannot make Peach Melba with Prunes!”

Later Madame Lucy attempts, almost fruitlessly, to train Irene and her two girlfriends how to perform as mannikins: “The most important thing is carriage. You musn’t walk—you must ooze along.” After Irene attempts to ooze her way across the room, Lucy bows her head in despair, “You’re impossible—you walk almost like a man!”

If we could imagine Irene has having an ounce of cleverness in her bourgeois-inbred brain, we might imagine her next statement as a retort instead of a lame attempt at an honest complement: “So do you!”

Practicing for a grand salon charity show at the Marshall estate under the watchful eye of Donald’s mother (Ida Darling), whose son has convinced her that the models are all society girls, a rat suddenly appears, terrifying Irene, her friends, and Madame Lucy equally; but of course it is Irene he falls back, ripping her special costume whipped up by Lucy for the evening. And suddenly, like Cinderella, she is banned from the grand party at which she hoped to shine for her not-so-secret lover. 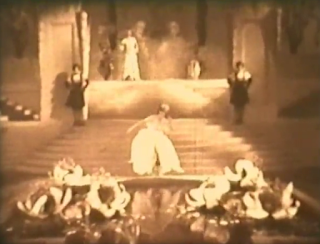 Fortunately Donald stops by before the event, finding Irene all alone, reinstating her as a central figure in the event. And in the overall traditional Spring, Summer, Fall, and Winter technicolor showing (the same process repeated for the fashion show later in George Cukor’s The Women of 1939) Irene comes off as a very pleasing colleen indeed; but it ends badly as her mother and the mothers of Irene’s two friends, discovering the whereabouts of the girls suddenly become terrified for how high society might endanger their daughter’s virgin thoughts and come crashing like vulgar interlopers upon the very proper party just at the moment when the models are signaling out their new versions of undergarments beneath their stylish winter coats, dooming the final moments of Madame Lucy’s resplendent justification for his existence.

Mrs. Marshall is horrified by his son’s lies, but is undeterred and follows her back to her poverty-stricken familial roots, joins her on the fire escape, and convinces her that it’s finally time for that film-ending smooch. The lens closes them into a predictable nutshell.

Thank heaven, we can only say, that Madame Lucy is still out there somewhere trying to get his wits and dresses all together again for his next cinematic rendition of the powerful transformation of little girls into societally desirable vamps.

Posted by greenintegerblog at 6:11 PM