going for the mail

Casual commentators have been hard on Edward H. Griffith’s 1931 film Rebound, describing it as having a stagey, canned plot. As it’s directed, with a script based on the Donald Ogden Stewart stage play by Horace Jackson, I suppose most viewers might see it that way. Moreover some credit this financial flop with ending Ina Claire’s film career, while the vamp of this film, played by Myrna Loy, survived.

What I can’t understand is why they didn’t let Stewart, later one of the best screenwriters of all time (he penned the screen scripts for The Barretts of Wimpole Street, Holiday, The Philadelphia Story, That Uncertain Feeling, Life with Father, Edward, My Son, and An Affair to Remember, and many others despite the fact that he was blacklisted and emigrated from the US to England) rewrite his own play as a film script. Stewart was also a member of the Algonquin Round Table, the figure on whom Hemingway based his portrait of Bill Gorton in The Sun Also Rises, and a fairly successful comic novelist. So I have a great deal of feeling for his Philip Barry-like witty dialogue when it winds itself through Griffith’s rather mediocre and, in fact, stagey directing. 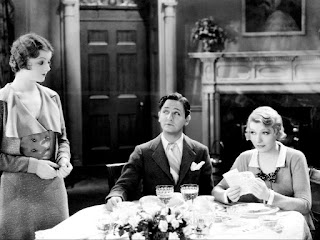 I also think Ina Claire, despite that the fact she’s certainly no beauty, is rather wonderful in this work. As the central figure who catches her husband, Bill Truesdale (Robert Ames)—on the rebound after the girl in which he was in love, Evie Lawrence (Loy) who decides to invest in marriage rather than love by marrying the wealthy but virtual walking-dead businessman Lyman Patterson (Hale Hamilton)—the wise-cracking spirited Sara Jaffrey (Claire) is highly doubtful about the benefits of marriage, particularly given the relationship of her imperious mother (Louis Closser Hale) and her loving but alcoholic father (Walter Walker), and has just herself rejected a marriage proposal when Bill surprises her with the offer. Having just batted down the matrimonial pressures of her mother and sister Liz (Hedda Hopper), and finding Bill quite attractive, she commits, a mistake that she spends most of the rest of movie regretting.

For no sooner than the married couple run off to Paris, but Evie shows up, still interested in fanning the flames of love still smoldering in Bill’s heart while knowing by this time that Lyman is so plain stupid he will  never catch on.

Sara, on the other hand, is so clever and savvy, she’s figured out the situation just by her contraband reading of Evie’s letters to Bill. The very day that they are about to celebrate their first anniversary, Bill goes to the bank for the mail and returns so late he misses the visit of Sara’s father and returns with Evie in tow, the beginning of a torture for the witty survivor of what she suddenly realizes is a broken relationship. 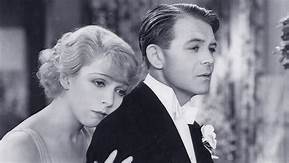 If the plot is clearly melodramatic, something else is happening just below the surface of far more importance with respect to the sudden reappearance the man who had originally quipped, after asking Sara to run away with him, “Oh I’ll marry you if I have to.” Johnnie Coles (Robert Williams), the man I would argue who, along with Sara, is the figure who makes this work worth watching.

One might almost suggest that in the character of Johnnie, director Griffith and screenwriter Jackson have almost created one of the first coded film figures, thanks to the uncut signifiers of the original Stewart script. In one of the earliest lines of the film, Bill accuses Johnnie of wearing purple underwear, particularly when writing poetry, as well as stealing his tie, stockings, and other personal items. We might just presume that Bill’s roommate was simply the borrowing kind except for the fact that usually it is women not men who share one another’s personal items of clothing; and the purple underwear, not to say the fact that he writes “poetry,” makes it clear that our handsome young quipster is most likely not the marrying kind.

But if we had any doubts, Sara’s rejection of his offer makes it clear that she recognizes her beloved friend as one of the many gay men of the day who, finding a woman they enjoy being around, marry them to cover the trail of homosexual activities, the perfect example being Cole Porter, even if he did truly love Linda. And the list of such literary figures is a long one, including to name only a couple of examples, Charles Ryder who marries after falling in love with Sebastian Flyte in Evelyn Waugh’s Brideshead Revisited and Clive Durham’s abandonment of Maurice Hall when it is clear that he will not be able to inherit his estate without marriage in E. M. Forster’s Maurice. 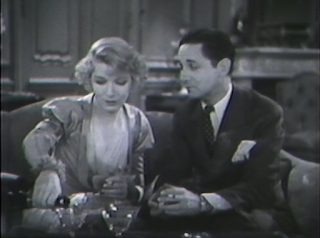 If those of us who read behind the text had any doubts, when Johnnie suddenly shows up in Paris on the one of the most unhappy days of Sara’s life, when he asks where Bill is, she responds with her ready if ironic cover, “He went for the mail.” Johnnie responds: “Well, I’ve gone for the male. That’s all right.”

The fact that Johnnie has now stuck his head out of the blind may explain why a few scenes later—long after Sara has lost her sense of grace and has begged Bill to show her the love that their marriage requires—goes down on his knees to beg Sara to divorce Bill and marry him. But even here, she recognizes his act as a ludicrous one, demands he stand up and realizes from his action just how much of herself she has abandoned for the sentiment of love. If love requires accommodation, she suddenly perceives, it should not demand a loss of one’s own identity—something her father has been attempting to tell her throughout the work with his repeated insistence that she never change.

Sara sends Johnnie packing once more, despite her fondness for him, realizing that their marriage would be simply a travesty, while she regains her humor and wit as she begins divorce proceedings.

By this time we’re so sick of Bill Truesdale and his silly-minded lover Evie that we wish Sara would have packed up quicker, left the house and returned to Paris where at least she might have been able to hook with Johnnie for a few glasses of champagne and a plate of bon mots. But alas, convention required Bill to ask for her forgiveness so sweetly that she remarries the lying cheat all over again, surely recognizing that as she grows older it will be hard to keep up her Djuna Barnes*-like clever patter.”

Perhaps Johnnie’s sexuality is not truly covert enough to have kept the censors away if it had been shot a couple of years later when Joseph Breen was just beginning to catch on that his friends in the Production Code Office weren’t that keen of closing down movies. But certainly even in 1931 such an obvious queer figure would not have been allowed to communicate with the heterosexuals in this film if the Hays Office were fully aware of what the film was saying. As it is, Johnnie steers clear of nearly everyone except Sara and Bill. Few others even engage him in conversation, and for much of the film he either lights up the party by playing the piano or simply lurks outside the rooms where “normal” folk are dancing.

In a strange twist of fate both Robert Ames, who played Bill, and Robert Williams who was Johnnie died within a month of each other within the year this film was released. I don’t want to make light of such a tragedy, but one can’t wonder whether there was something else going on during the time they served as roommates.

*I mention Barnes, who certainly was one of the great Paris expatriate wits, because just a year before this film, with the stage play Rebound still on his tongue, Barnes interviewed Donald Ogden Stewart with a dagger clearly buried in heart with envy for all his success, his friendship with F. Scott Fitzgerald, Robert Benchley, Phillip Barry and so many others, including Hemingway, and Rebound itself, a play which she had clearly seen and liked. Although she and he and been at the same parties, he was now famous while she was still interviewing him in the Theatre Guild Magazine to eke out a living. More than any other interview she ever did, Barnes shows her evil self, by the end even wondering if he wants to die, as if she might easily put him out of his pleasure if he so desired. Ogden: “No,” he answered lightly, “do you?” “We don’t mind,” we answered, stepping into the night.”

I also have a soft spot for Stewart due to his friendship with the playwright Phillip Barry, whose Holiday and The Philadelphia Story he so brilliantly brought to film, both starring queer actors Katherine Hepburn and Cary Grant. Sometime around 1972 or 1973 I published a satire on the Renaissance Borgia family very much in the manner of Stewart’s own satirical histories in The Washington Review of the Arts. One of the editors of Mary Swift reported that her dear friend, the widow of Philip Barry, portrait artist Ellen Semple Barry, had read my story and absolutely loved it.

Posted by greenintegerblog at 3:54 PM