Lowell Sherman | Broadway Thru a Keyhole

the choice of flowers

The sissy in Lowell Sherman’s 1933 film Broadway Thru a Keyhole appears for absolutely no reason as an interior decorator showing off a posh Park Avenue apartment where chicken racketeer Frank Rocci (Paul Kelly)—he charges the shippers of chickens to Manhattan a special fee for the protection of their animals on the way to market, arranging, if they fail to pay, unfortunate accidents en route—plans to put up his girlfriend singer/dancer Joan Whelan (Constance Cummings) until the day when he can free himself of criminal activities so that he might marry her.

The interior decorator who shows them about the place (Fred Santley) only gets few words, the most notable being the sibilant excessive sentence “The drawing room is simply stunning, the last two words of which he draws out the first consonants into a long lisp. He has a brief argument with Rocci’s lieutenant Chuck Haskins (Hugh O’Connell) about a Ming vase which Haskins wants removed since it appears to have cracks, the decorator responding, when he hands it him, “Where do you want me to put it?” And the sissy decorator muses on why anyone might  want to put drapes over a set of metal shutters, offering Rocci a choice of colors which is quickly interrupted by the chatter of a machine gun, which having just pulled shut one of the previously inexplicable shutters saves the decorator’s, Rocci, Haskins’, and Joan’s lives. We are not told what happens to the sissy, but Rocci does tell Haskins to make sure he doesn’t talk about the incident, so perhaps as in so very many later after he is simply killed off. 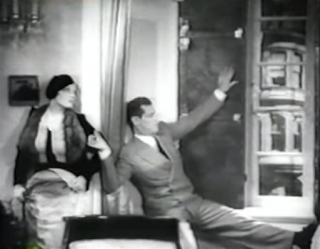 Yet, as in so very many of these heteronormative films of the early 1930s just before the Hays Code was taken seriously, there are numerous other gay references strewn about the film perhaps just to remind us, as I argue elsewhere, that gay men and lesbians were still part of the larger society. Soon after, if you mistakenly look to film to witness reality, LGBTQ figures disappeared from the planet. But here, even before making any reference to actual gay and lesbian stereotypes, Rocci sets up the film’s substantial pre-code patter by suggesting that Haskins order a selection of roses, pansies, and orchids to be strewn upon the grave of Esther and Joan Whelan’s mother, neighbors of Rocci as he grew up in the Bronx. 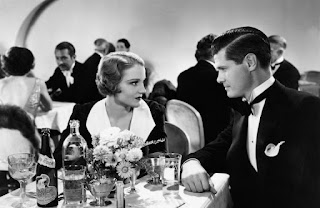 Indeed, the selection of the three flowers, one might argue, covertly come to suggest the three forms of love that are expressed throughout the film, the roses representing, obviously, romantic love, the orchids suggesting fealty and commitment, and the pansies?: silly infatuation, insincere fondness of course, the rubric under which, were there to be any more than one at a time, sissies might express their love for their own kind. There isn’t any love between fairies in this film because they never appear together, which certainly would have been unallowable even as early as 1933.

Rocci, who after a visit from Joan’s older sister Esther finds a chorus-line job for the girl he knew when he was teenager, inevitably falling in love with Joan, sends her roses; while the owner of the of the Broadway night spot were Joan now works, Tex Kaley (the wonderful Texas Guinan) describes Joan’s love for Rocci—when Joan declares “He’s the best” even after having discovered that her new benefactor and would-be lover Rocci is a gangster—“Now that’s what I call orchids.”

The pansies only appear now and then, as when chorus-line choreographer and director Max Mefoofski (Gregory Ratoff) exhorts his chlorines to “You’ve got to float over the floor like elves, like Peter pansies,” adding, “Not you Adolf, just the girls.” 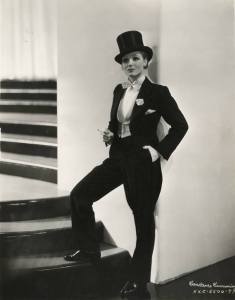 Earlier Joan does a lovely number with the other chlorines that might remind you of an entire chorus of Marlene Dietrichs if only they had any sexual allure to convey instead of their rote dance paces. And late in the film, returning home from Miami, Haskins’ saucy girlfriend Sybil Smith (the legendary early jazz and ragtime singer and later vaudevillian Blossom Seeley) dresses up in a Romaine Brooks-like lesbian attire which terrifies her boyfriend, fearing that if he kisses her people might not “understand.” When indeed somebody comments on their reunion kiss, he cracks, “Serves you right! Nobody knows you with pants on!”

Thank heaven for these sparse pansy and female cross-dressing scenes, for without them this movie would be almost impossible to endure.

Indeed the quick-witted humor of both Seeley and Guinan sustains the first half of this movie, particularly after it’s been made clear that Whelan’s and Rocci’s love can go nowhere given that she’s a trusting innocent and he, despite his criminal activities, is at heart an honorable man just waiting for the proper moment to announce his reformation.

But then everything is postponed by rattles of that machine-gun, Rocci forced to send the “little women,” Smith and Whelan off to Miami for their own protection. There the former star of Minsky’s struts herself, picking up a stranger, Peanuts Dinwiddie (Hobart Cavanaugh), something close to a sissy, who takes the girls out for dinner and drinks where his friend radio crooner and bandleader Brian Clark (Russ Columbo) spots Joan and when he discovers who she is, invites her up to sing. 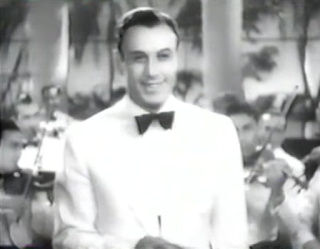 Clark himself is fairly suspect as a possible male hero in this “find-the-macho-hero”-type film, he himself admitting that not only is he a chronic hypochondriac but is a “coward,” something about which he clearly is about to say more but is never given the opportunity to fully speak. As Vito Russo noted in The Celluloid Closet, even today in the fourth edition of Roget’s International Thesaurus the synonyms of the word “coward” include “weakling, weak sister, milksop, Milquetoast, mouse, and sissy,” by association, a homosexual.

Instead of sending roses, Clark sends Whelan a gladiola corsage, certainly not the usual macho-inspired choice. And he spends the last half of the film having to prove his love of Joan  by traveling to New York, standing face to face with the criminal murderer and announcing his love for her and his right to take her from Rocci into marriage. Even Rocci has to admit that this mouse has finally roared and gives in, only to appear to go back on his word by kidnapping Joan, hiding her away in a hotel, and threatening to kill Clark if he comes after her.

However, so we eventually discover through the “heroic efforts” of real-life journalist Walter Winchell—one of the writers of this strange romance—that Rocci, shot by the police in the event, was innocent, the real kidnapper and plotter of Rocci’s death (fortunately, he survives) having been his even more crooked partner, for whom when the police finally kill, as Rocci puts it, no flowers are necessary.

So Joan can return to married life, about which Smith quips: “Marriage is a wonderful thing, no family should do without it. As for me, it’s carrying love a bit too far!”

Based allegedly on the real-life love triangle between Al Jolson, Ruby Keeler, and mobster Johnny “Irish” Costello, Sherman’s film is mildly amusing only because of its “queer” figures, the heterosexual pairings offering up only yawns of disinterest. Clark may not be truly cowardly, but he’s hardly more than a pretty face who might have floated in as a Peter pansy, while Rocci’s nice guy social villain doesn’t quite know whether to put a rose into his mouth and dance a slow tango unto death or take up a machine gun and shoot down the audience for their obvious boredom whenever his image appears upon the screen. If the rumor of the source material is true, Jolson must have been ready to paint himself in blackface just to hide his blushing embarrassment.

Posted by greenintegerblog at 12:19 AM