to thine own kind be true

Robert Henry Mizer (screenplay and director) Revolt of the Android / 1969

Bob Mizer’s 1969 short Revolt of the Android is one of the few of his black and white features that actually betrays a good sense of humor combined with a slight narrative that establishes the film as fully sexually male oriented, and not just a film pretending to be for sexually androgynous admirers of the male form.

In this work, model Larry Contrell determines that he needs a male helper, ordering up the newest catalogue model, which comes shipped covered in plastic and with two bottles of liquid controls: “Go” and “Stop.” 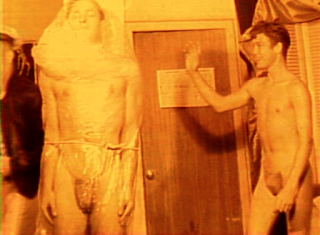 Unpacking the handsome Bob Johnson, Contrell carefully administers some of the “Go” liquid and immediately finds the new housekeeper perfect for the job and he lays down on his stomach and asks the android to message his back, which the robot immediately proceeds to do. 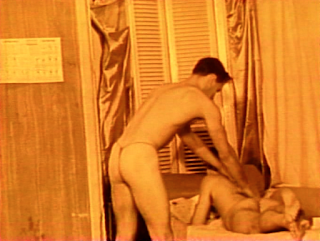 Meanwhile, reading through the local news he spots an add for a meet up with a female, which when the servant hears goes against all that he has been pre-programmed to accept. He quickly goes “crazy,” wrestling his owner to the floor, picking him up and properly spanking him, before sitting him back down upon the bed with a very sore ass, absconding with the offending newspaper and handing him a copy of Male Physique to read instead. 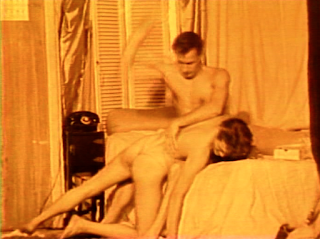 This work, strangely, is less about the beauty of its models—although they do make a lovely pair—or their chaste homoerotic interactions, but serves, in a variation of Shakespeare, almost as an open statement to its male viewers, “Boy, to thine own kind be true,” strongly suggesting for the first time what the “kind” sexually consisted of homosexual bonding.