William A. Wellman | The Public Enemy

Harvey F. Thew (screenplay, based on a book by John Bright and Kubec Glasmon), William A. Wellman (director) The Public Enemy / 1931

The very last place where you might have looked for a sissy to be hovering over a muscled tough guy, measuring and commenting on his every bodily limb is in William A. Wellman’s highly esteemed The Public Enemy, with the gangster, Tom Powers (James Cagney) being measured for a new suit by impressed tailor (Harold Minjir) with Tom’s inseparable friend Matt Doyle (Edward Woods) and the tailor’s assistant Douglas Gerrard looking on amused by all the fuss, the latter carefully writing down the measurements of the muscled killer as if he were noting down an address and a telephone number for a future date. 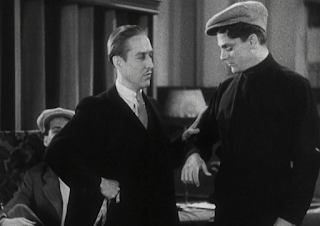 In the midst of so much meanness and blood, the scene was surely meant just to be amusing, the tailor so unrelated to the real world that—even when after he praises Cagney’s muscled biceps (“Oh, sir, here’s where you need extra room, such a muscle!”) being warned that if he doesn’t stop fussing that the gangster will show him what it’s used for—doesn’t bat an eyelash as he swoops down to measure the meanie’s inseam. But that didn’t stop Joseph Breen and the Hays Code committee from cutting the scene in the 1941 re-release. Even the sight of Mae Clarke attempting to serve him up breakfast in bed was snipped by their scissors.

If Wellman’s plot of how a young street tough grows up become a hardened mob underling who shakes down barkeeps who refuse to carry Paddy Ryan (Robert Emmett O’Connor) and Nails Nathan’s (Leslie Fenton) brand of beer and is more than willing to mow down anyone who attempts to stop him is fairly predictable, as critic Daniel Eagan aptly puts it, Cagney’s “eyes burn through his shots, commanding attention, bringing urgency to [moments] that [don’t] really deserve it.” 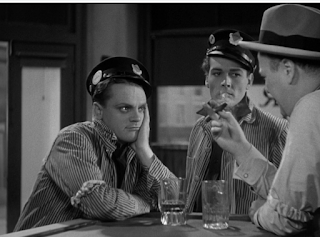 Moreover, Wellman’s chronological presentation of how Tom got to where he ends this tale—a ghoulish dead corpse delivered to his mother’s doorstep—turns him into a kind of legendary American hero rather than what the movie introductory and closing statements attempt to claim represents the film’s real purpose: to reveal the true evil of such figures.

Despite his numerous robberies, his pointless killing of a policeman and a horse, and his later revenge murders of his old fence Putty Nose (Murray Kinnell) and the opposing mob head—all brilliantly portrayed by Wellman through sound effects (a head falling upon a piano keyboard, the whinny of a dying horse) offscreen—we can’t help liking Tom, who even after he has outgrown the childhood character portrayed by Frank Coghlan, Jr. often still seems throughout the film like a grown-up spoiled boy, as his later girlfriend Mamie describes him, who can’t cope when he doesn’t get what he wants.

Astoundingly, Wellman turns his white sis-gender heterosexual all American kid into a kind of misunderstood outsider. While Breen and his boys fussed over the sissy boy scene, they missed the subtle kind of coding this director had previously woven into his 1928 film Beggars of Life. For all his bravura manifestations of heterosexual dominance, at heart Tom is a mamma’s boy, more tied to her apron strings than his do-gooder, straight-laced brother Mike (Donald Cook) who works hard, attends night school, and joins the Marine Corps in World War I. 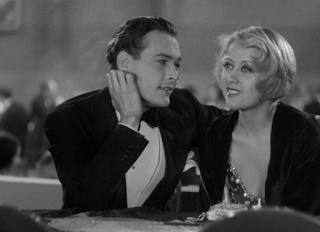 As Matt ruminates to his new wife Gwen (Joan Blondell), “I guess Tom’s not the marrying kind,” the age old term for queer males. Given Cagney’s mostly macho remonstrations that may seem like an audacious and even ridiculous idea to assert. But consider the evidence. 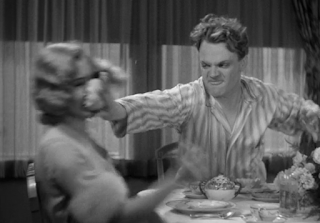 Throughout the entire film, Tom goes everywhere with his lifelong “boyfriend,” as his blonde enchantress Mamie (Jean Harlow) describes Matt—and Tom’s other male friends. Every scene in which he might settle down for a little heterosexual pleasure is immediately interrupted—in what could be described as one of the most obvious examples of coitus interruptus the cinema has ever portrayed—as time and again he is immediately called away by his male friends on “business.” And even when he seems temporarily settled into a relationship with a woman, he quickly looks for a way out. Who other than an extreme misogynist might imagine planting a half cut-open grapefruit on Mae Clarke’s pretty mug? The act is so ridiculous that most commentators describe it as the most memorable scene in the movie.

In fact, we are never shown him engaged in sex, let alone willing to marry a girl as Matt is Gwen. The one time in the film when he is forced into a sexual act by  Paddy Ryan’s “mature” girlfriend (Mia Marvin)—she presumably “raping” him while he is drunk—the disgusted Tom goes barging out of the safe house where he’s been holed up, with Matt tagging behind him, the “boyfriend” shot down and killed by machine guns aimed at all those who might dare to leave. And it is that event which ultimately results in Tom’s downfall and his realization that “I’m so tough,” when he attempts to revenge Matt’s death by killing the head of the rival gang.

Despite the screenplay’s cover of sibling hatred—Mike is everything in the “normal” world that Tom is not, a married, working man, who educates himself and finds of way to kill men through warfare without any of the societal stigma, the latter a fact with which the younger sibling challenges him when Mike refuses to share a glass a beer in toast to his return home from the War—Tom’s true love and source of envy is his elder brother. Mike is the only figure in this film who Tom allows to challenge and even brutally slug him (in the process of filming the scene Cagney evidently lost a tooth but remained in character nonetheless) without seeking revenge. 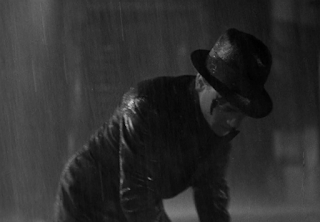 Even after Tom’s been seriously shot and lays in a hospital bed he admits to his mother that he is convinced that she must surely love his brother better. And although his bedside conversations are not nearly as convincing as his backroom excitement over the enticements of mobster plots, he assures his brother of his admiration and determination to follow his example when he recuperates.

Obviously, there is no possible “cure” from the real sickness racking Tom’s body. And brothers, particularly given this film’s trajectory, cannot be represented as lovers or even close friends—although Mike suddenly seems tortured by a previously unperceived deeply felt passion for his younger brother’s welfare, willing even, when Paddy Ryan reports that Tom’s been kidnapped by the rival gang, to take to the streets to fight like a mobster to bring his brother back. 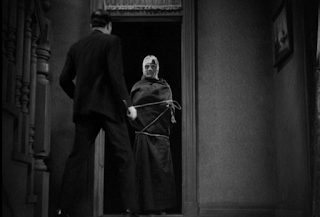 And when Tom is brought home as a Frankenstein-like corpse, Wellman arranges that he is specially delivered up to Mike, who finally is left with the duty of explaining both Tom’s life and his own hidden knowledge of his brother’s activities, as well as their secret feelings for one another to both his mother, wife, and possibly himself. Suddenly we have entered into the domain of a horror tale.

Wellman did not gain the sobriquet from his fellow cineastes “Wild Bill” by accident.

Posted by greenintegerblog at 6:47 AM